There, parents and their children listened to stories, children’s books, read aloud by the drag queens. There was also face painting and games for those in attendance.

“We had our t-shirts since October and they were finally getting a chance to wear their t-shirts, they were really excited. I think for kids, they don’t see all these huge differences. They just see something new and they’re excited about it,” Melanie Brevis said. 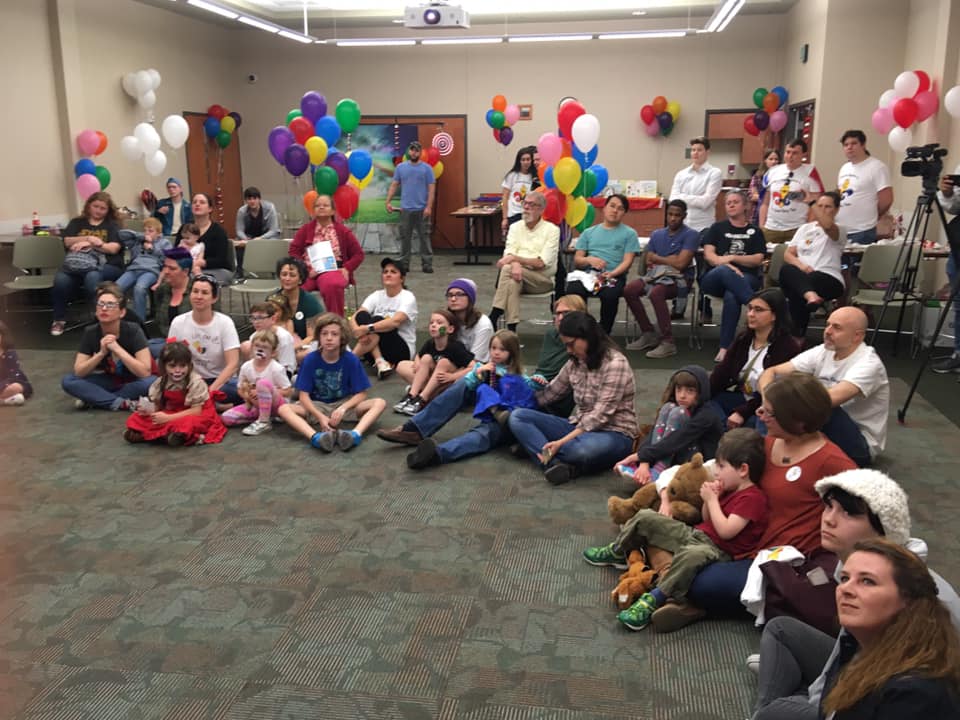 Books read today were about acceptance and inclusion. This event was private and tickets were required to enter.

Steps away from the library’s property, a group of protesters placed themselves near the roadway to protest this event.

The group carrying banners shamed the library and asked for God to protect children against perversion. 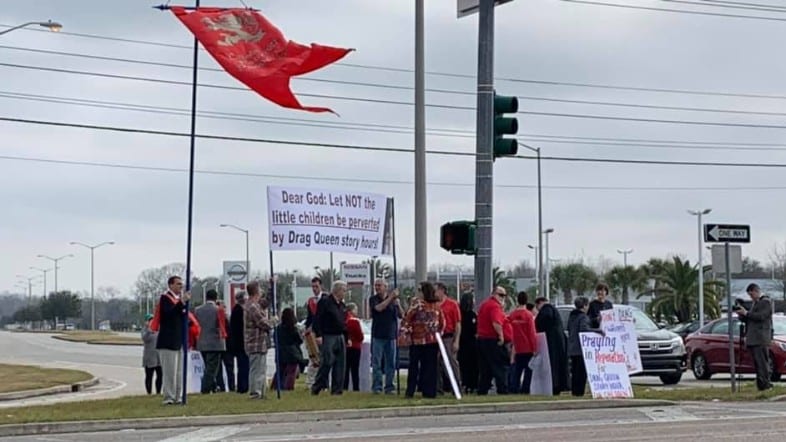 This same was group was out last month near Ambassador Caffery and Johnston Street with signs and flags asking for passersby to honk if they were against abortion. The group played bagpipes and drums during that protest.

When asked about their affiliation, the person KATC spoke to would only say that they were Catholic.

“This is something that we as a community cannot accept and there is wide opposition. Peaceful and loving, against this happening. The corruption of the innocence of children,” Thomas Drake said.

The lawsuit against Drag Queen Story time was dismissed on Thursday. The judge in that case agreed with a magistrate’s opinion that the plaintiffs lacked standing to sue the city and library over the event.

One of the Drag Queens who read at the event wanted to send a message to the children.

“May they be different. May their friend be different. to always just be open and honest with everyone and to accept anyone, whatever walk of life they may be,” Santana Pilar Andrews said.

The magistrate’s opinion can be read here:

More from KATC’s Justice Henderson can be found here: