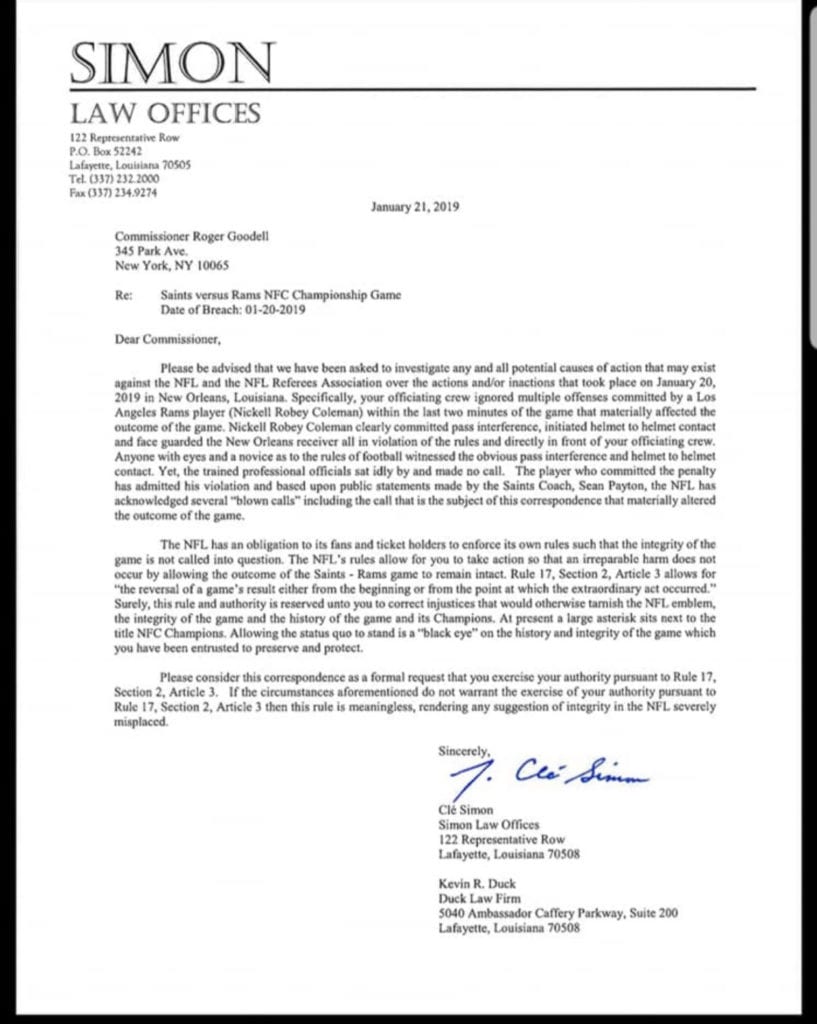 Two Lafayette attorneys sent a letter Monday to NFL Commissioner Roger Goodell, calling on him to enforce the rules.

The lawyers also want Goodell to enforce Rule 17, which has been brought up because some believe it would allow the NFL commissioner to reverse the results of the game.

A New Orleans attorney said he will also file suit on Tuesday.

Breaking: Frank D’Amico says a hearing is scheduled for Monday @ 10AM before Hon. Piper Griffin at Orleans Parish Civil Court over on his lawsuit against the @nfl on #SaintsGotRobbed – Says he wants Roger Goodell served today. More @wdsu | @NBCNews @darrenrovell @BR_NFL @AP pic.twitter.com/2ivUEq6vcB

Matt Bowers, a diehard Saints fans who owns car dealerships throughout the southeast, has rented billboards in seven locations in and around Atlanta with 16 placements to voice his displeasure with the NFL. “And I’m not done yet,” he told ESPN. pic.twitter.com/ZHh0un2Xie