A driving school in Lafayette is closed until further notice following a fire at the business this morning.

Firefighters were dispatched to Consolidated Safety of Acadiana on Production Drive shortly before 9:30 a.m.

When they arrived, flames were coming from the front of the driving school near the roof.

The fire was extinguished within 30 minutes, according to a spokesman with the fire department.

The interior of the business sustained smoke and water damage. Sally’s Beauty Supply next door sustained water damage as well. Sally’s will be closed until cleanup is complete and electrical power is restored. 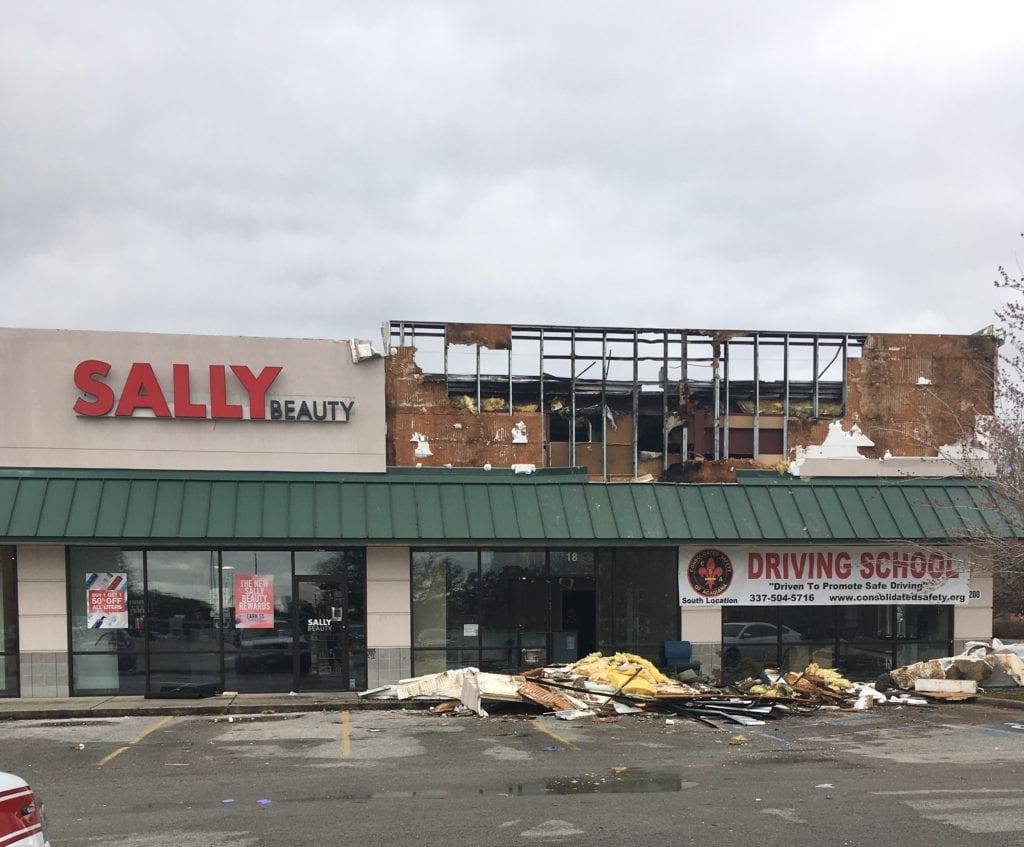 Consolidated Safety of Acadiana was closed when the fire started, and no one was there. No civilians or firefighters were injured.

The spokesman says investigators are examining electrical components and wires to determine the cause of the fire. It remains under investigation.

Consolidated Safety of Acadiana has another location at 148 Banks Avenue. The business owner hopes to have the Production Drive location opened by next month.