Tiara N. Dugar, 24, died in the crash, police said. The driver of the other vehicle was hospitalized with minor injuries, police said.

The accident happened just before 9 p.m. near the intersection with Dulles Drive, police said. At this time, police say they don’t know the cause of the accident. The circumstances are still being investigated, police said.

ORIGINAL STORY:  First responders are on the scene of a major crash at the corner of Ambassador Caffery Parkway at Dulles Drive.

Amb. Caffery is closed in both directions. No word yet on the extent of injuries. 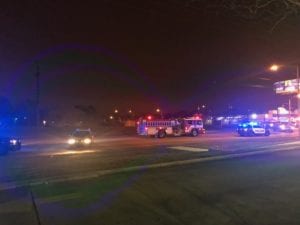