The 2019 lineup of official selections include 41 feature-length narrative fiction and documentary films and 140 short films, including narrative, documentary, animated and experimental films. The majority of the films are World, U.S. or Louisiana Premieres from across the United States and Canada as well as from France, Japan, Australia, the United Kingdom, Haiti, Belgium, South Korea, Thailand, India, Lebanon, Germany and Brazil, with more than 60 French-language films screening.

In addition to film screenings, the Festival will present panel discussions, workshops, music and parties with more than 200 directors, producers, cinematographers, distributors, actors, grant sources and other industry professionals expected to attend from across the United States and Canada as well as France, Australia, Japan and Lebanon.

The Festival will open with the U.S. Premiere screening of BLACK INDIANS on Wednesday, January 23, 2019, at the Acadiana Center for the Arts, 101 W. Vermilion, Lafayette, LA, 70501. Paris-based filmmaker Edith Patrouilleau will be in attendance for a Q&A after the film. Doors open at 6:00 pm, and the film screens at 6:30 pm, followed by music provided by Yvette Landry & the Jukes and reception with hors-d’oeuvres, complimentary Grey Goose Vodka and a cash bar. Tickets are $20 and can be purchased at www.cinemaonthebayou.com <http://www.cinemaonthebayou.com> or at the door on the night of the event.

This beautifully shot and moving documentary film, from an outsider’s perspective, pays tribute to the passion, spirit and traditions of New Orleans’ Mardi Gras Indians, whose Call and Response musical form is a living tradition of African culture and one of the sources of American Jazz.

The eight-day festival will close on Wednesday, January 30, 2019, with the World Premiere screening of FINDING CAJUN, which provides an in-depth and historically informed perspective on the origin of Cajun identity and how it has evolved over the last 70 years. Director Nathan Rabalais will be in attendance for a Q&A after the film. The film will screen at 7:00 p.m. at Acadiana Center for the Arts, 101 W. Vermilion, Lafayette, LA, 70501, and will be followed by music provided by New Brunswick singer-songwriter and filmmaker Daniel Leger and reception with hors-d’oeuvres and a cash bar. Tickets are $10 and can be purchased at www.cinemaonthebayou.com <http://www.cinemaonthebayou.com> or at the door on the night of the event.

The festival’s first Artist in Residence, Québecois filmmaker John Blouin, who will present his LUX 35mm film installation at Acadiana Center for the Arts, beginning with Art Walk on January 12, 2019, continuing throughout the Festival, and concluding with Art Walk on February 9, 2019. Blouin will also conduct a filmmaking class and provide outreach to local schools during his month-long stay in Lafayette.

Among the judges and panelists in attendance throughout this year’s festival is “the bad boy of Québec cinema,” Montréal-based filmmaker Marc-André Forcier. In addition, the Québec Government has funded partnerships between Cinema on the Bayou and two prominent film festivals in Canada: Les Percéides Festival International de Cinéma et d’art de Percé and the Québec City Film Festival. The founders and directors of both Festivals will be in attendance, along with filmmakers from Québec, and will present films and participate in bi-lingual roundtable discussions about filmmaking and the role of film festivals in support of the culture.

Films in competition are eligible to win the coveted “goujon caille” award created by local artists Pat and André Juneau. 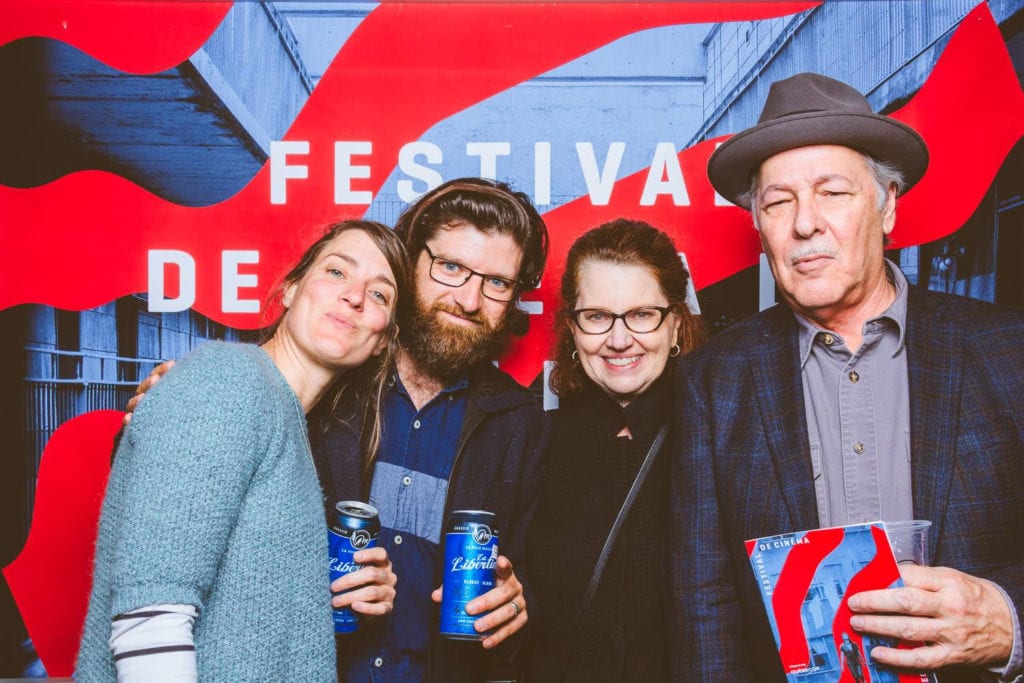 Double Entente Films is excited to announce the world premiere to kick off a worldwide tour of their dramatic feature film, “Rag Doll” on January 26th, 2019 at the Cinema on the Bayou Film Festival in Lafayette, Louisiana.

Breakout lead Shannon Murray lived in Louisiana before coming to Los Angeles to work on “Rag Doll” and is available for interviews. Director Bailey Kobe is available as well.