No arrests have been made after a driver fled the scene after crashing into a person’s home in Scott, according to State Police. 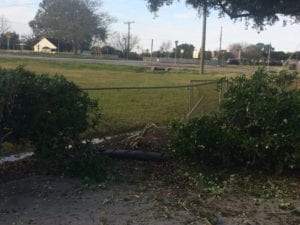 tells KATC that late on New Year’s Eve a driver crashed into her home located on Hwy 93 and Gloria Switch Road in Scott.

Briscoe says that she wasn’t home at the time of the incident but early this morning noticed the damage and called police.

State Troopers arrived at her home to document the damage and the car was removed. Photos of the scene show that the vehicle went off the road and crashed through a metal gate, knocking down a brick support to the home. Briscoe says they are working to fix that damage. 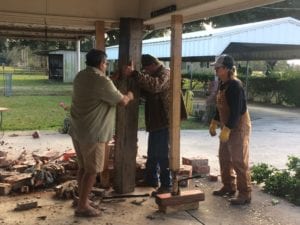 State Police tell KATC that the driver fled the scene and that an arrest has not been made. It is unclear what may have caused the crash.

State Police say they are in the process of getting in touch with the driver of the vehicle to conduct an interview.