The Boys & Girls Clubs of Acadiana has released a statement on the arrest of a volunteer accused of alleged inappropriate behavior with a juvenile.

“Boys & Girls Clubs of Acadiana has learned of the arrest of a volunteer
for alleged inappropriate behavior with a member. We are deeply alarmed and concerned
by this allegation and are cooperating fully with authorities as they investigate this
serious matter. The safety and protection of the children we serve is the number one
priority of Boys & Girls Clubs of Acadiana. Our organization is committed to the highest
standards of ethical behavior and integrity and does not tolerate inappropriate or illegal
activity on the part of any Club staff, volunteer or youth member. All employees and
volunteers must undergo a criminal background check. All supervisory policies are
designed to ensure the maximum safety and protection of Club members.”

The club says they will continue to cooperate with the authorities but withhold further
comment in order to respect the privacy of the Club members. 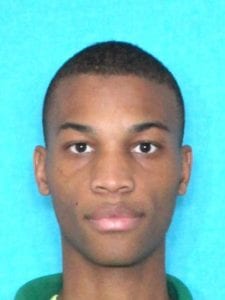 A counselor at a Lafayette Boys and Girls Club is facing felony carnal knowledge and indecent behavior with a juvenile charges.

According to investigators, Fuselier sent a 13-year-old club member explicit pictures and engaged in sexual relations with that member. Investigators say that activity happened over an extended period of time, but they could not specify exactly how long the alleged actions took place.

Fuselier remains in the Lafayette Parish Jail without bond.