The homeowner and his dog were able to escape the fire, but the home located in the 800 block of Hollier Road is a total loss.

Duson Fire Chief Coby Duhon says that a preliminary cause of the fire is electrical. The fire broke out at 6:24 am on Tuesday and was quickly contained. Crews remained on scene until around 10:00 am. 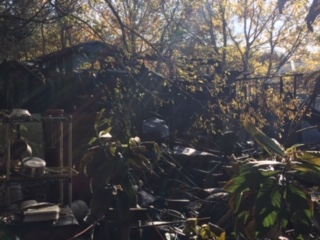 Fire in the 800 block of Hollier RoadThe Scott and Judice Fire departments assisted the Duson Fire Department in bringing the fire under control. Officials say that due to a lack of water supply and mechanical failure the departments required assistance from Youngsville and Carencro.

Fire departments in rural Lafayette Parish have asked for assistance due to recent equipment failures. A tanker truck belonging to the Duson Fire Department broke down on Monday while crews were responding to another house fire.  Read more on that, here.