I-10 West near Louisiana Avenue now OPEN after vehicle fire 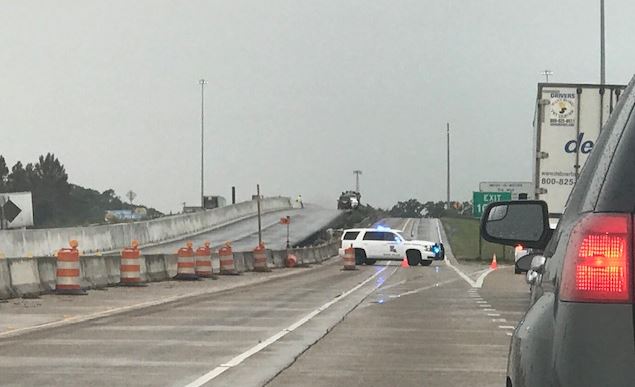 Update: I-10 westbound is now OPEN to traffic where it was closed earlier due to a vehicle fire. The vehicle fire, reportedly an RV blocked the roadway as crews put out the fire. Recovery efforts caused the lanes to open and close over the course of the day. Motorists should expect heavy delays as traffic begins moving again.

The left lane is currently blocked on I-10 East at Mile Marker 112 due to an accident. Congestion is approaching LA 328 (Breaux Bridge). This is a separate incident from the vehicle fire.

UPDATE: The right lane has opened, leaving the left lane blocked I-10 West at Mile Marker 106 (before Louisiana Avenue) due to vehicle recovery efforts. Congestion is approaching fifteen miles. The diversion I-10 West at LA 328 (Breaux Bridge) is still in effect. Use caution

Louisiana State Police say that both lanes of I-10 West near Mile Marker 106 before Louisiana Avenue remain closed for vehicle recovery.

Troopers say they are currently investigating the cause of the crash which resulted in minor injuries. Westbound traffic on I-10 is being diverted at Breaux Bridge.

Recovery crews are working to open the roadway as quickly and safely as possible. Motorists are advised to avoid the area and expect delays.

I-10 West remains closed at Mile Marker 106 (before Louisiana Avenue) due to vehicle recovery efforts. Congestion is approaching eight miles. Traffic is being diverted to LA 328 (Breaux Bridge).