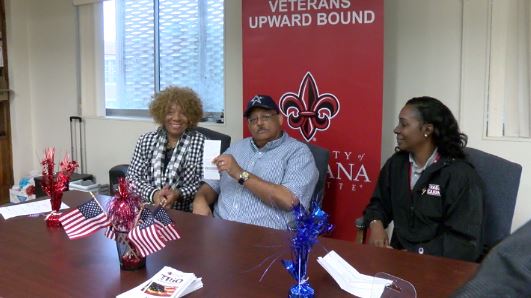 Veterans Upward Bound Program is treating two of its veterans to a Thanksgiving meal this year.

Organizers say they hope to increase the number of dinners they give away in the future.

It’s a way to thank the 114 veterans they currently serve as well as encourage new people to join.

“That’s why I decided to do it on Thanksgiving week because there are a lot of people that come in and get food for themselves, but afterward Icons is nearly in a drought almost. So I come in and I just help them replenish for next time,” Cortland Reed, student at Westminster Christian Academy.