A man is in custody following a crash on Hwy. 95 (Mire Highway) in Duson that sent three people to the hospital Friday evening.

All victims are expected to be okay, according to Duson Police Chief Kip Judice.

Police say 43-year-old Jason Murray, of Lafayette, was speeding south on the highway when he rear-ended a car. The car is said to have hit a pick-up truck. The collision caused Murray to hit a semi-truck that was traveling northbound on the highway.

Murray was not injured.

According to Judice, officers suspected Murray to be impaired. He allegedly submitted to a breathalyzer test.  Murray’s blood alcohol level was .220%, Judice says.

He will be booked into the Acadia Parish Jail with OWI second offense, careless operation with an accident, and three counts of negligent vehicle injuring 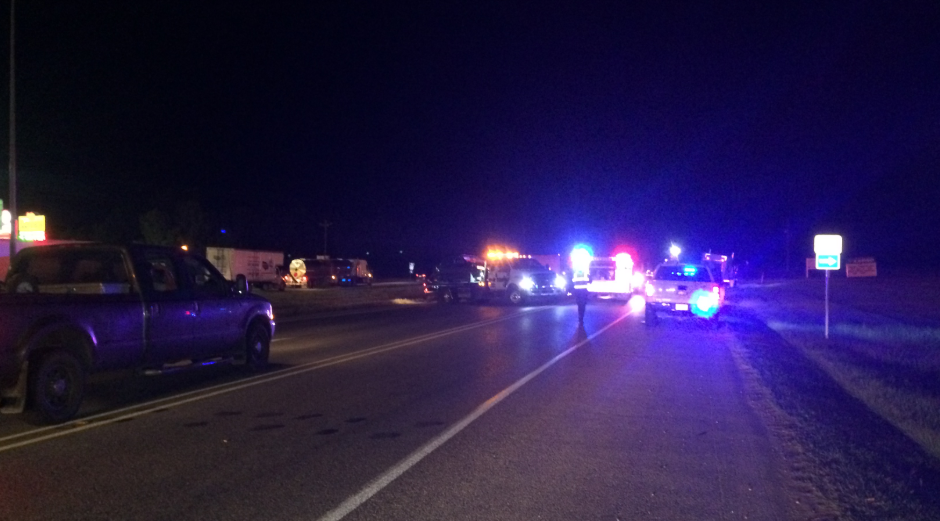