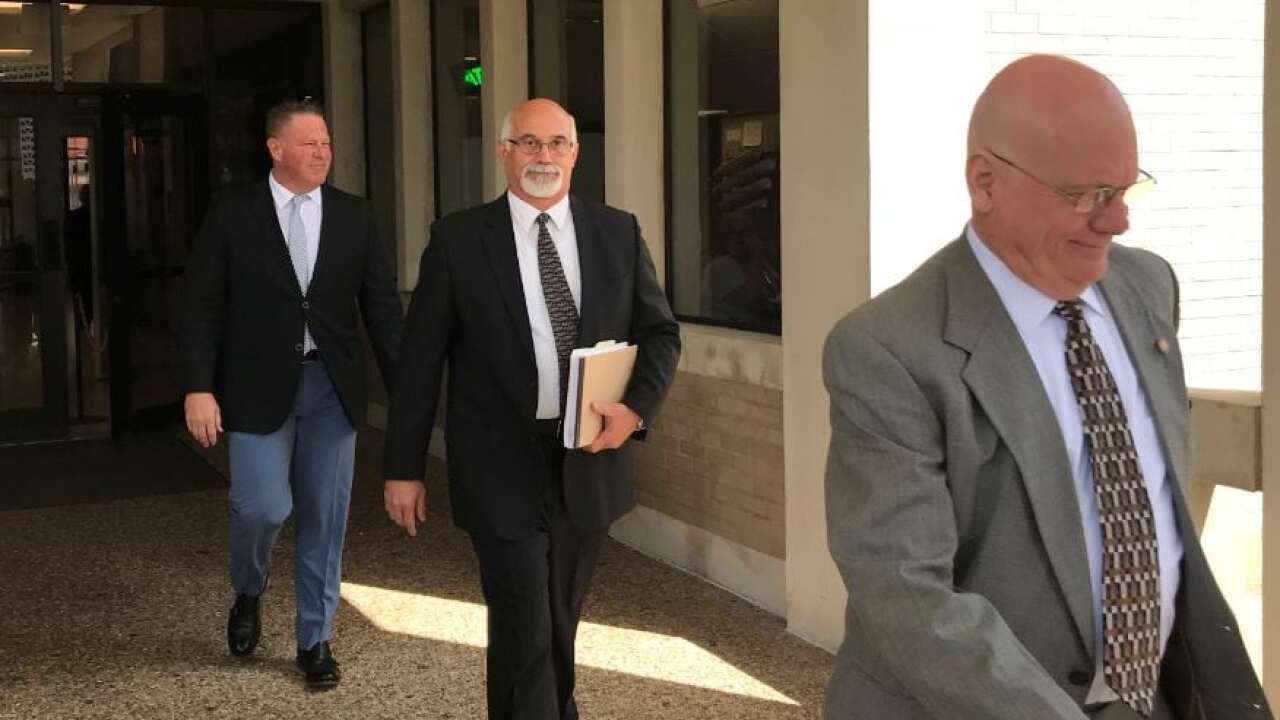 The trial of Lafayette City Marshal Brian Pope is in recess, but when court resumes this afternoon jurors will see the deposition that gave rise to several of the felony criminal counts against him.

Pope faces seven felony counts: two counts of perjury and five counts of malfeasance. If convicted of a felony, Pope would be removed from office if he’s unsuccessful in appealing the conviction.

This morning, before testimony resumed, Pope’s attorneys asked the court to rule on a motion to dismiss two of the malfeasance counts against him. His attorneys allege that prosecutors are citing the incorrect law, and that the proper allegations weren’t contained in the bill of particulars. The court denied the motion, saying it should have been made during pretrial hearings, and now is will have to wait until after trial.

As soon as this trial is over, whatever the outcome, Pope will begin preparation for a second criminal trial on a September indictment accusing him of malfeasance in office for misusing marshal office funds. To read about that indictment, click here.

The charges he’s facing in the ongoing trial stem from a lawsuit filed by The Independent Weekly, a Lafayette newspaper that sued the marshal over a public records request related to a press conference he held during the last election for Lafayette Sheriff.

Monday morning, jurors heard from the newspaper’s attorney, Gary McGoffin, who testified about the public records requests and the records his clients obtained from Lafayette City-Parish Government. At issue is the allegation that, when asked for certain records Pope denied they existed – but a simultaneous request to LCG produced the requested records. That’s why jurors are watching the deposition; he’s facing perjury charges that accuse him of lying about the records while under oath in that deposition.

Another attorney, Katherine Guillot, also took the stand Monday. Guillot, a criminal defense attorney, was hired by Pope’s former attorney, Kevin Stockstill, she testified. Pope is accused of malfeasance in office for using marshal funds to pay his criminal attorneys.

Prosecutors said on the record that Guillot is not a target of a criminal investigation. Another of Pope’s former attorneys, Charles Middleton, also has been indicted. He’s accused of lying to a grand jury investigating Pope. His trial is set for December.