The family member of a couple murdered in Jeff Davis Parish is hoping to alert those in the Houston area after deputies say one of the two suspects wanted for the crime has ties to the city.

Guidry and Legros remain at large and are considered armed and dangerous. They are wanted for first-degree murder and aggravated burglary. 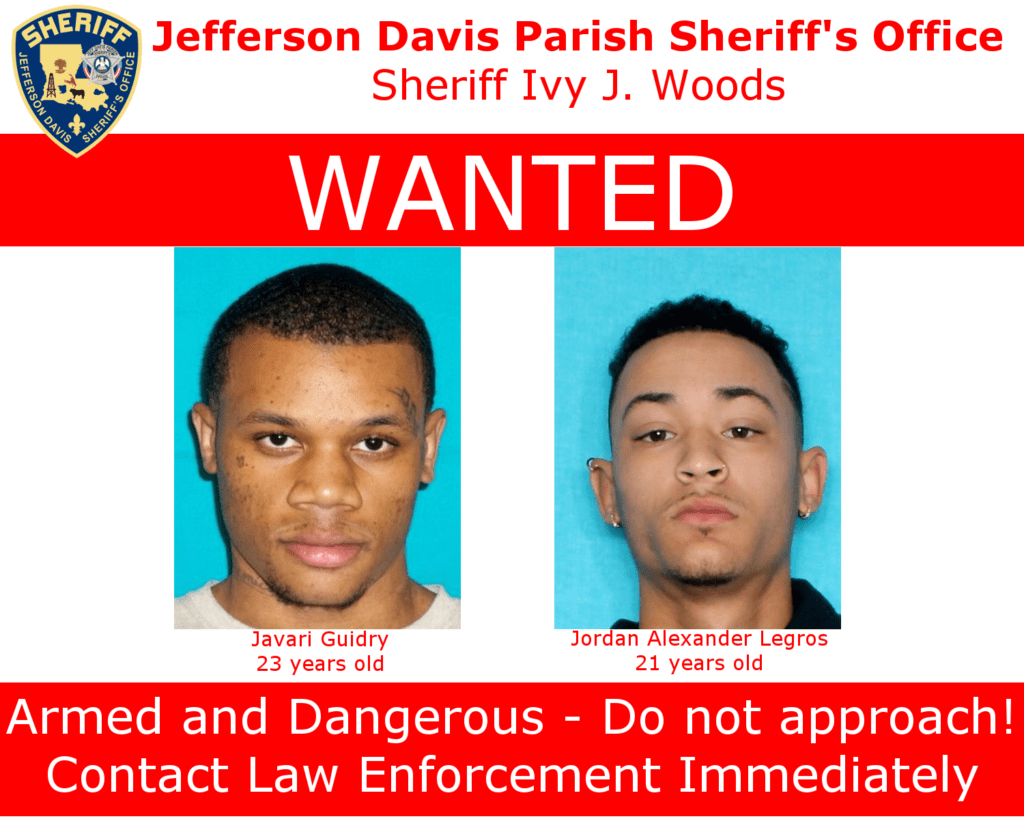 The niece of the Gotreauxs, Wendy Collins, tells KTRK the public needs to be aware of the possibility of the suspects being in Texas.

Collins is hoping authorities track down the suspects so she and her family have some sort of closure.

According to the sheriff’s office spokesperson, Guidry was arrested for attempted murder in 2015 in Lafayette.  At this time, it’s unclear how long he served or why he’s been out of prison.

If you see either of the two suspects or know anything about this crime, call your local law enforcement agency or the Jeff Davis Parish Sheriff’s Office at 337-824-3850.