Police in New Iberia are searching for a suspect wanted in connection with an armed robbery at a business on Main Street.

The incident, according to police, occurred Thursday, December 20, 2018, at around 2:48 p.m. at The Asian Market on Main Street.

Detectives spoke to the victim who says a man walked into the store and allegedly pointed a handgun at her and demanded money. The suspect then left the store with an undetermined amount of cash and the victim’s purse.

The suspect was wearing a black jacket with a hood and mask covering his face. The jacket also had a small emblem on the left chest area. The suspect is described as a black male, approximately 6′ tall.

The suspect left the store in an unknown direction.

Individual photos can be seen below: 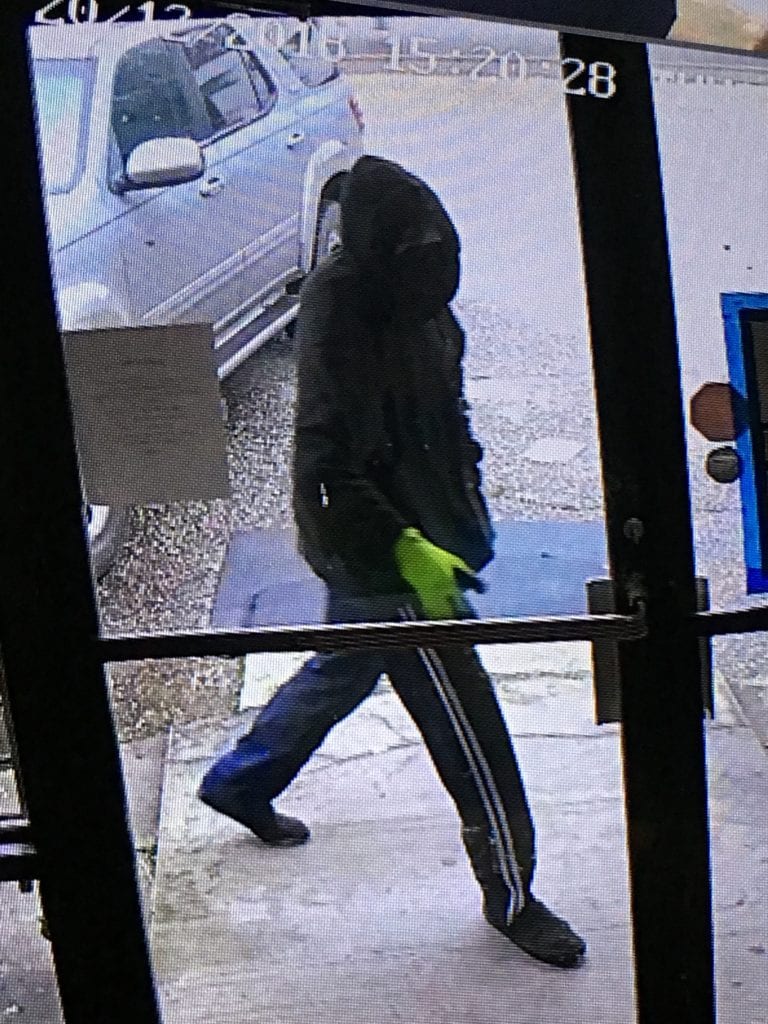