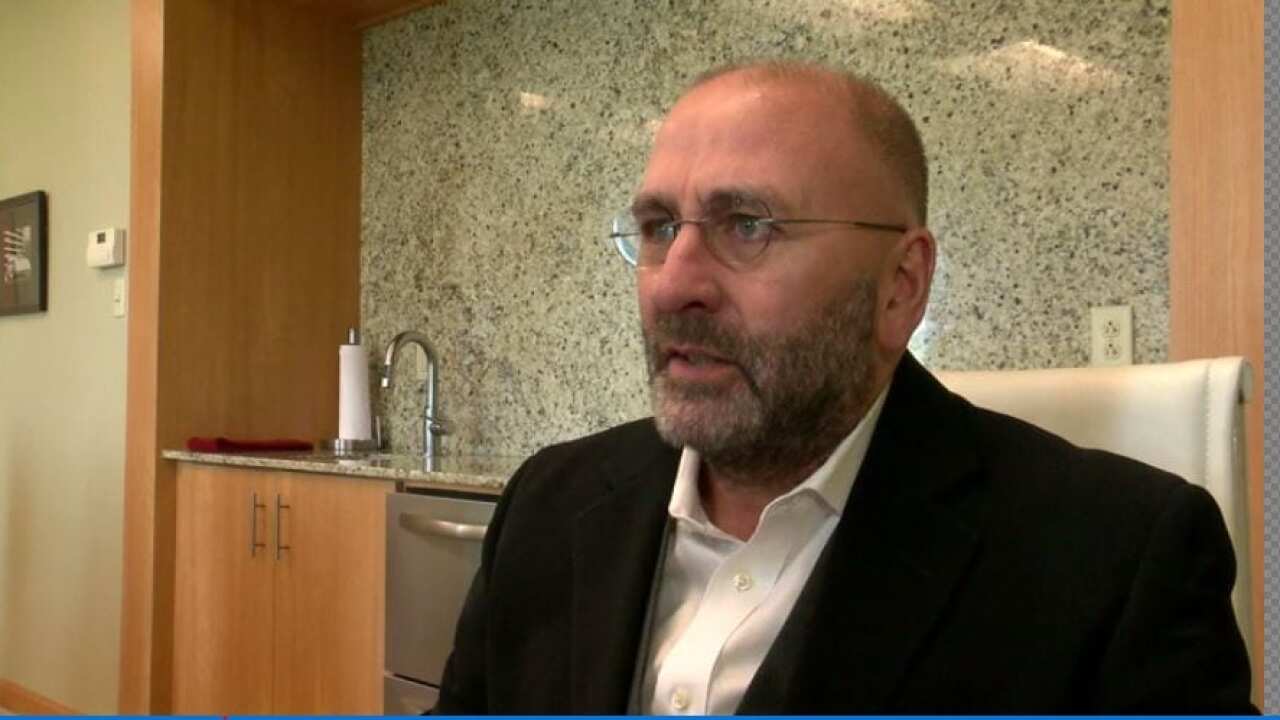 In a statement, Higgins says that during what was intended as a private conversation, he extended a "diplomatic gesture" to meet with Johnson in person but did not apologize for his previous comments.

Those comments were made in a Facebook post concerning protesters in which he stated "If this shows up, we'll consider the armed presence a real threat. We being, We the People, of Louisiana. One way ticket fellas. Have your affairs in order." He went on to cite his experience with SWAT and said he would "drop 10 of you" where you stand.

A YouTube video shared on social media shows Johnson having a phone conversation with Higgins on Tuesday where they discuss meeting in person about getting past their disagreement.

During the phone call, Higgins invited Johnson to his home to speak and said he would attend the NFAC march on Saturday in Downtown Lafayette.

"Sometimes I'm wrong," Higgins said during the call. "I've been wrong many times in my life. This is where leadership surfaces." Watch the full conversation here.

Higgins says that after Johnson published the call on social media he, "burned the olive branch."

The two will now not be meeting.

Higgins did mention that he recognizes NFAC's right to peacefully assemble and does not believe the assembly "carries any violent threat."

Read a full statement from Higgins below:

Media reports that I’ve issued an apology are false. In what was intended as a private communication, I extended a diplomatic gesture to Mr. Johnson and offered to meet with him in person. I was respectful and kind, humble, and unassuming. I offered a table of discussion. That’s what leaders do. Nowhere in that conversation did I apologize, nor do I have any intention to do so. I have nothing to apologize for. When Mr. Johnson published our conversation and mischaracterized its content, he violated a basic tenet of diplomatic trust. Mr. Johnson burned the olive branch. There will be no meeting. There will be no apology. It’s disappointing that media outlets would ignore my clearly established stance by repeating and headlining a summary lie. Secretly recording a private diplomatic outreach and publishing same, accompanied by a blatantly false summary, are not the actions of a man actually interested in advancing the cause of We, the People. That’s what Mr. Johnson did. I reached out in the interest of peace and reason. I offered a bridge of man to man communication. He burned that bridge.

As a Constitutionalist, I recognize Mr. Johnson’s group’s right to peaceably assemble. I have been unwavering in my support for 1st Amendment rights, and my record for support of 2nd Amendment freedoms is known nationwide. I do not believe Mr. Johnson’s assembly carries any violent intent. However, our stance remains clear. Lima Charlie. Lafayette is solid. Peaceful assembly will be allowed, as it should be. Violence, on the other hand, will not be tolerated.

KATC reached out to the NFAC for comment on Higgins' statement. They responded with the following statement:

We are disappointed in the Congressman. His apology was accepted. He has shown he is not a man of his word. He has no remorse for threatening U.S. Citizens.

You can read more about the NFAC and preparations being made by local officials for Saturday's march here.