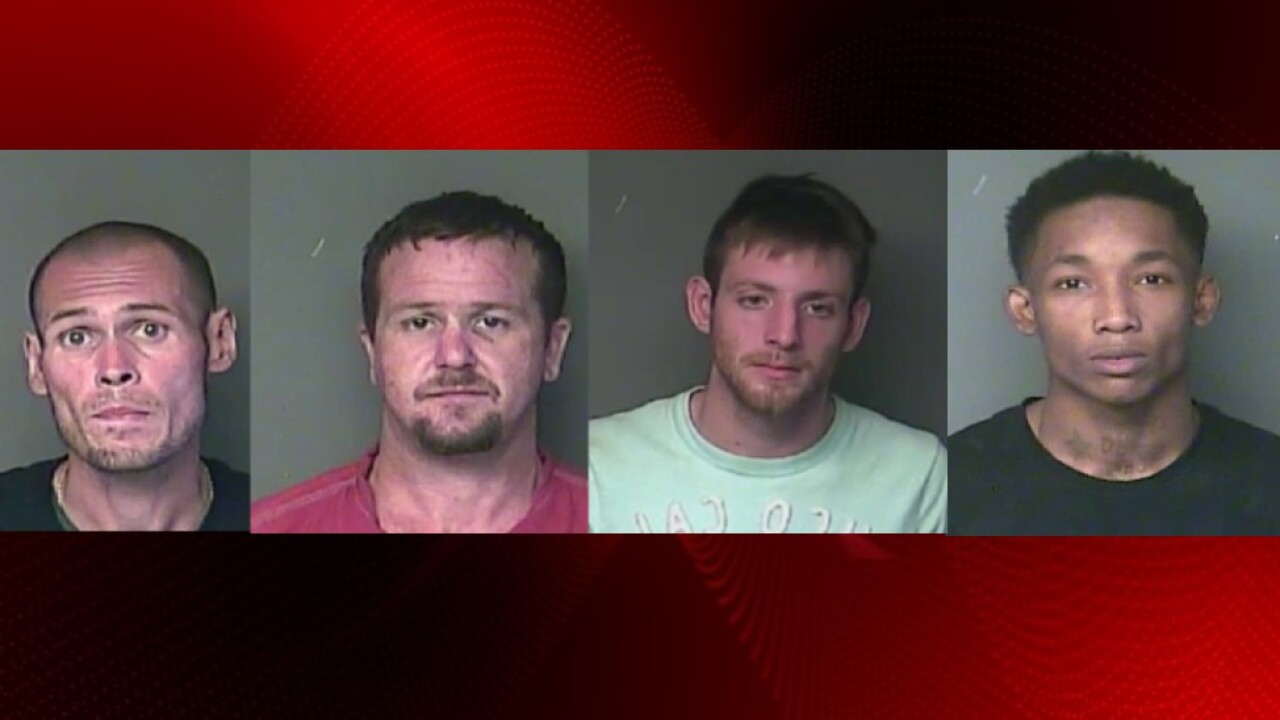 Four male inmates escaped from Detention Center 1 in Marksville. Two have been taken into custody, but APSO is still searching for the other two, sheriff's officials say.

According to the sheriff's office, two men are still at large:

Brandon Johnson, 34, from Plaucheville, being held on a simple burglary charge.

Travis Green, 18, of Bunkie, being held on charges of attempted second degree murder, assault by drive-by shooting and sagging pants.

Anyone with information about the whereabouts of these individuals is asked to contact the Avoyelles Parish Sheriff’s Office at (318) 253-4081.

Chace Middlebrooks, 36, from Evergreen has already been found and taken back into custody, the sheriff's office says.

Also captured is Hunter Bordelon, 21, of Marksville, being held on a simple burglary charge.

Here are their photos: