Ville Platte Police have arrested a man in connection with the 2016 death of Christopher Ortego.

The coroner determined that Ortego died of a drug overdose.

The initial investigation produced a suspect, but for the past two years detectives have worked to assemble evidence and witness statements, Lartigue said.

They’ve arrested Jason Brent Soileau, 39, and booked him with possession with intent to distribute drugs and second-degree murder. He’s in the Evangeline Parish Jail with his bond set at $90,000. 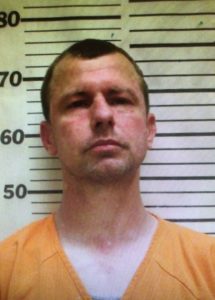 Chief Lartigue reminds residents to report suspicious or illegal activity by calling the Ville Platte Police Department at 363-1313.  Your call will remain anonymous.