Ville Platte Police have arrested a Mamou man accused of killing a puppy.

Joseph Lane Bergeron, 23, was booked with animal cruelty. His bond is set at $500. 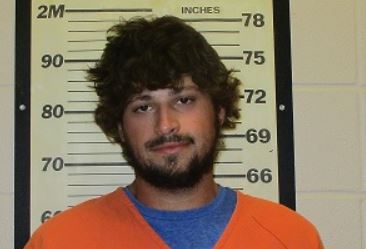 Bergeron is accused of killing a three-month-old puppy after the puppy nipped his son’s finger, Ville Platte Police Chief Neal Lartigue says. The puppy belonged to a friend of his girlfriend, who is the mother of the boy who was nipped, police say.

The incident happened on Saturday, the chief said. Bergeron was located and arrested today.

Chief Lartigue says citizens can report suspicious or illegal activity by calling the Ville Platte Police Department at 363-1313. Your call will remain anonymous.