UPDATE: The mother of a missing Ville Platte child has posted a photo of the child, safe with deputies, on social media.

“I want to say Thank you to all the officers for getting my baby back safe. Bless y’all,” she wrote on her Facebook page.

State Police say the child was found in Amite County, Mississippi. She’s in fair condition and is safe, police say.

Her father, Brandon Fontenot, is in custody. Charges are pending, police say.

Paizley was taken by her non-custodial father, Brandon Phillip Fontenot, on Sunday December 9 at approximately 12:35 pm. She was taken from her mother’s residence on Norward Street in Ville Platte. Their direction of travel from the residence is unknown.

Paizley is a white female with blonde hair and blue eyes. She is approximately 3 feet tall and weighs approximately 30 pounds. She was last seen wearing a white T-shirt and pull-up diaper.

Brandon Phillip Fontenot is a 34-year-old white male with brown hair and brown eyes. He is approximately 5’9” tall and weighs about 150 pounds.

Fontenot is believed to be traveling with Paizley in a 2003 red Dodge Ram 1500 bearing Louisiana license plate number W392715. They may be traveling to a relative’s address in Centerville, MS.

This is a picture of a truck of the same color, make and model: 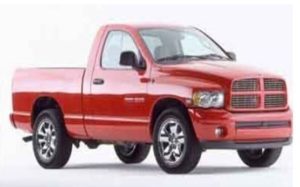 Anyone having information on the whereabouts of Paizley Fontenot should immediately contact the Evangeline Parish Sheriff’s Office at 337-363-2131 or call 911.