A Lake Charles man has been arrested by Calcasieu Parish Sheriff’s deputies, accused of failing to register as a sex offender numerous times.

Edwards Aaron Jr., 58, was convicted of simple rape in 1996. He now must register as a sex offender. 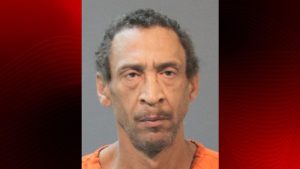 CPSO Detective Cory Myers is the lead investigator on this case.