Alleged impaired driver slams into state police unit on I-210

State police say a person living in the U.S. illegally has been arrested for DWI second offense and other charges after he drove into the back of a trooper’s unit in an active work zone in Lake Charles Saturday morning.

They say a fully marked state police Chevrolet Tahoe was parked on the shoulder of I-210 with emergency lights activated while the trooper was monitoring traffic safety.

Twenty-six-year-old Edwin Alexis Melgar Cardona veered his pickup truck from the inside lane of travel to the outside lane then shoulder before driving into the rear of the Tahoe, according to a state police spokesman. 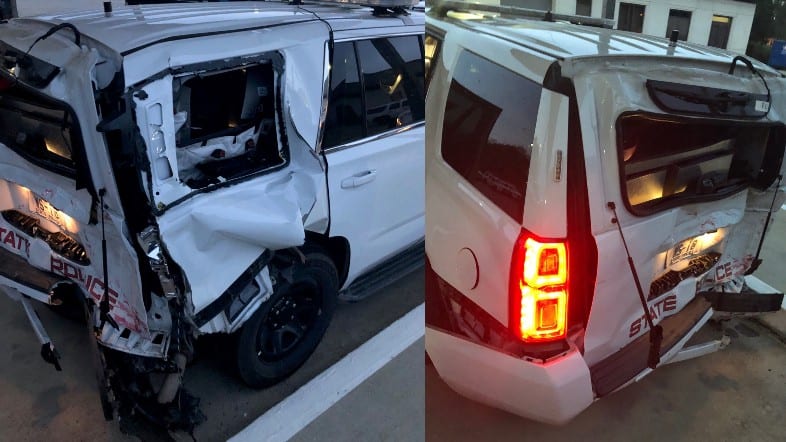 Cardona was taken to a local hospital with minor injuries. The trooper was not seriously injured.

Upon release from the hospital, Cardona was booked into the Calcasieu Parish Correctional Center for DWI second offense, careless operation of a motor vehicle, no driver’s license, operating a motor vehicle without lawful presence in the United States, possession of fraudulent documents for identification purposes, and resisting an officer by providing a false identity.

Additionally, it was determined that the suspect is a fugitive from U.S. Immigration and Customs Enforcement, the spokesman says. A detainer has been placed on Cardona by federal authorities. Additional charges are possible. Agents with the U.S. Border Patrol assisted with the incident.