Bicyclist dies in crash with truck; driver’s BAC was three times the limit

A man riding a bicycle was struck and killed Monday evening by a hit-and-run driver who State Police say was impaired at the time of the crash.

The accident happened at about 6 p.m. on Christmas eve on La. 101 north of Hayes in Calcasieu Parish, state police say.

Bobby Dailey, 61, of Iowa was riding his bicycle north on the highway when he was struck by a pick-up truck, troopers say.

The driver of the pickup truck, later identified as 48-year-old Mark William Trahan of Iowa, did not stop and proceeded to his residence, troopers allege.  Deputies with the Calcasieu Parish Sheriff’s Office located Trahan a short time later, troopers say. 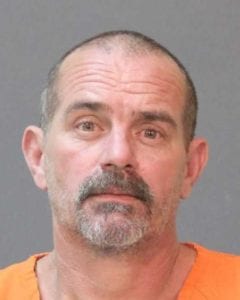 Dailey was seriously injured and was transported to an area hospital where he later died.

He was booked into the Calcasieu Parish Correctional Center.  The crash remains under investigation.

Every year, thousands of people are killed by impaired drivers, trooper say.  Motorists are encouraged to plan ahead and designate a sober driver before traveling to any place where alcohol will be consumed.  Anyone who observes an impaired driver is encouraged to dial *LSP (*577) to contact State Police or dial 911.

In 2018, Troop D has investigated 29 fatal crashes resulting in 29 deaths.