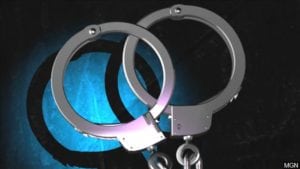 LAKE CHARLES–Four juveniles are facing armed robbery charges, and two of the suspects are recovering in a hospital after being shot during that robbery

Police say one of the four suspects pulled a gun during the robbery. Two other suspects were then shot. However, police did not specify if they were shot by the suspect with the gun or by the would-be robbery victim.

The two wounded suspects are listed as stable. The other two suspects remain in custody.