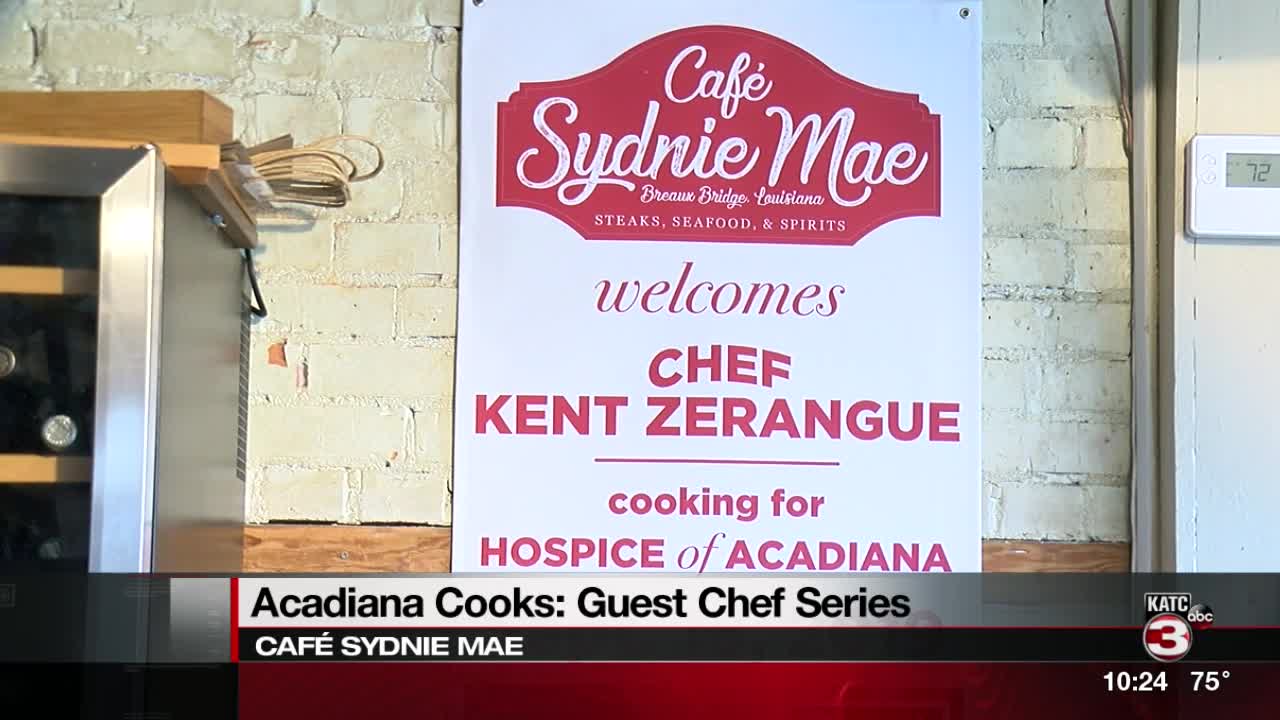 The series was inspired by Kent Zerangue, who was committed to cooking for families in need. He moved back to Lafayette after 20 years in the Northwest to help care for his dad at end of life.

After that experience, he became a volunteer, working as part of Hospice of Acadiana's Casserole Brigade.

Inspired by Zerangue's personal mission of giving back through cooking, Café Sydnie Mae's owners David and Cheryl Puckett interviewed several local food enthusiasts and selected those most inspiring to be featured in a way that would give back to local charities.

Owner David Puckett said that Zerangue, "does phenomenal work for hospice patients...there are people like that, that care a great deal."

Hospice of Acadiana has been selected by Guest Chef Kent Zerangue to be the featured charity the night of September 19th. He cooked a signature menu tonight with proceeds from his dish going to Hospice of Acadiana.