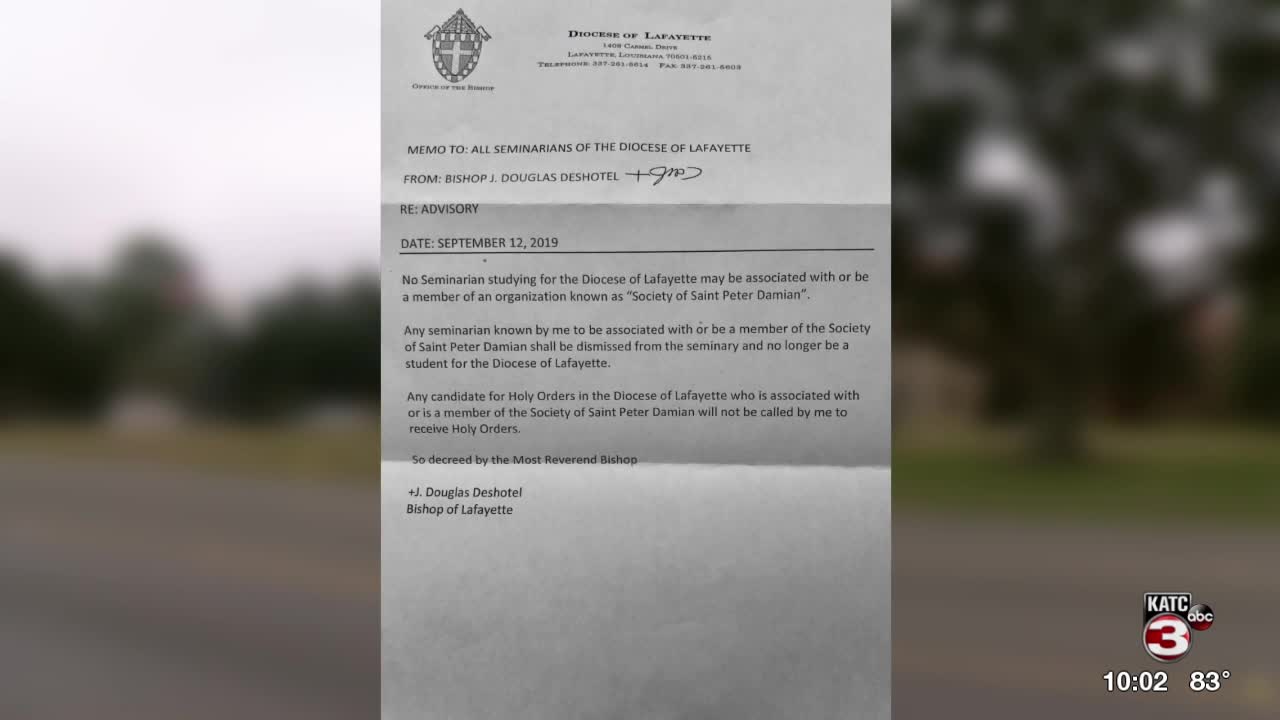 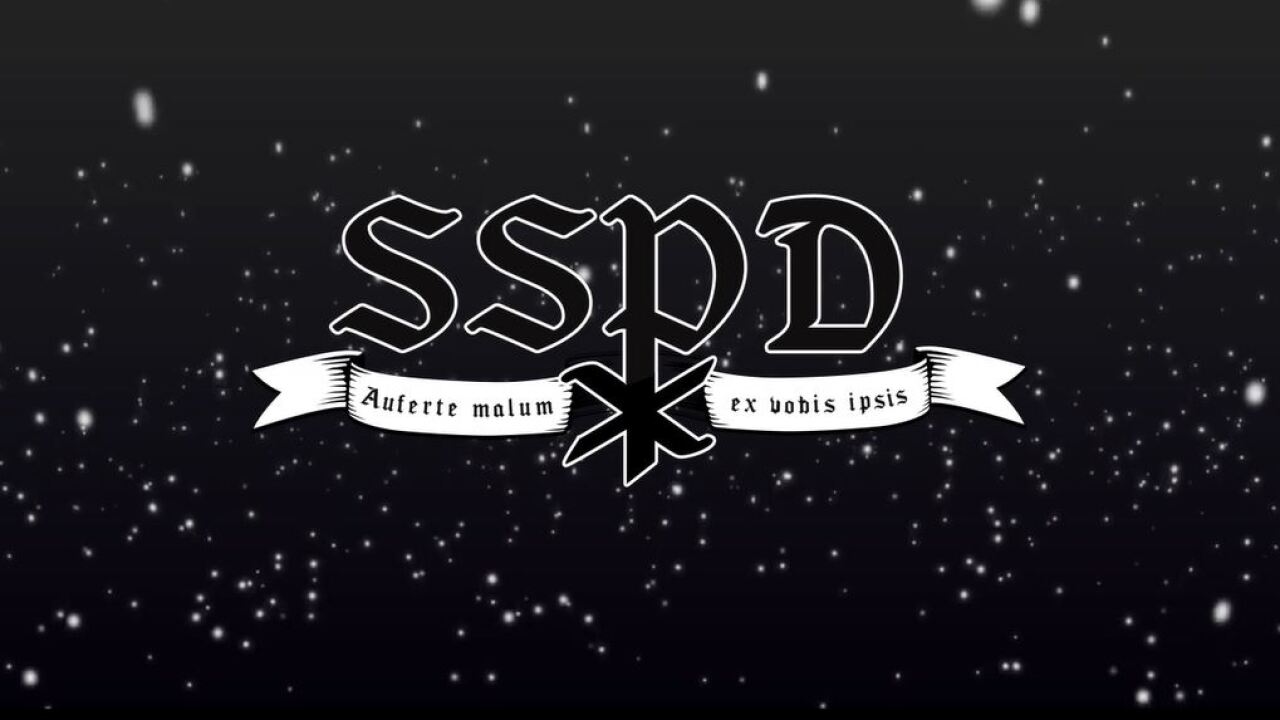 LAFAYETTE, La. — In a memo obtained by KATC Investigates, Lafayette Bishop J. Douglas Deshotel has forbid any seminarian from being “associated” with The Society of St. Peter Damian.

“Any seminarian known by me to be associated with or be a member of the Society of Saint Peter Damian shall be dismissed from the seminary and no longer be a student for the Diocese,” Deshotel wrote in a memo dated September 12.

“The diocese claims to have a 100% safe environment rating. This is simply not true, it's demonstrably not true,” said Quinn Hebert, a former seminarian and member of SSPD. “When we bring attention to a violation ‘the priest has been corrected, gently corrected in private’--but seminarians will be removed from seminary for associating with us?”

In a statement, a diocesan spokesperson said “Bishop Deshotel has no comment.” This isn’t the bishop’s first warning against the group. Last year, he released the following statement:

“The Diocese will not respond to deadlines, bullying and ultimatums issued by any non-Diocesan, anonymous group. I also remind such groups that slander, detraction and defamation of character are mortally sinful. Those who commit them must receive sacramental absolution in Confession and in justice restore the good name of those offended or risk losing everlasting life at the final judgment.”

Hebert says he and others are not intimidated and will continue their work.

“The truth must prevail and we will not rest until the truth prevails,” he said. “Jesus Christ was crucified but was innocent. Those of us who claim to follow him, should not expect any better.”

KATC has the latest on this story and more on our 10 p.m. newscast. Watch the livestream below.