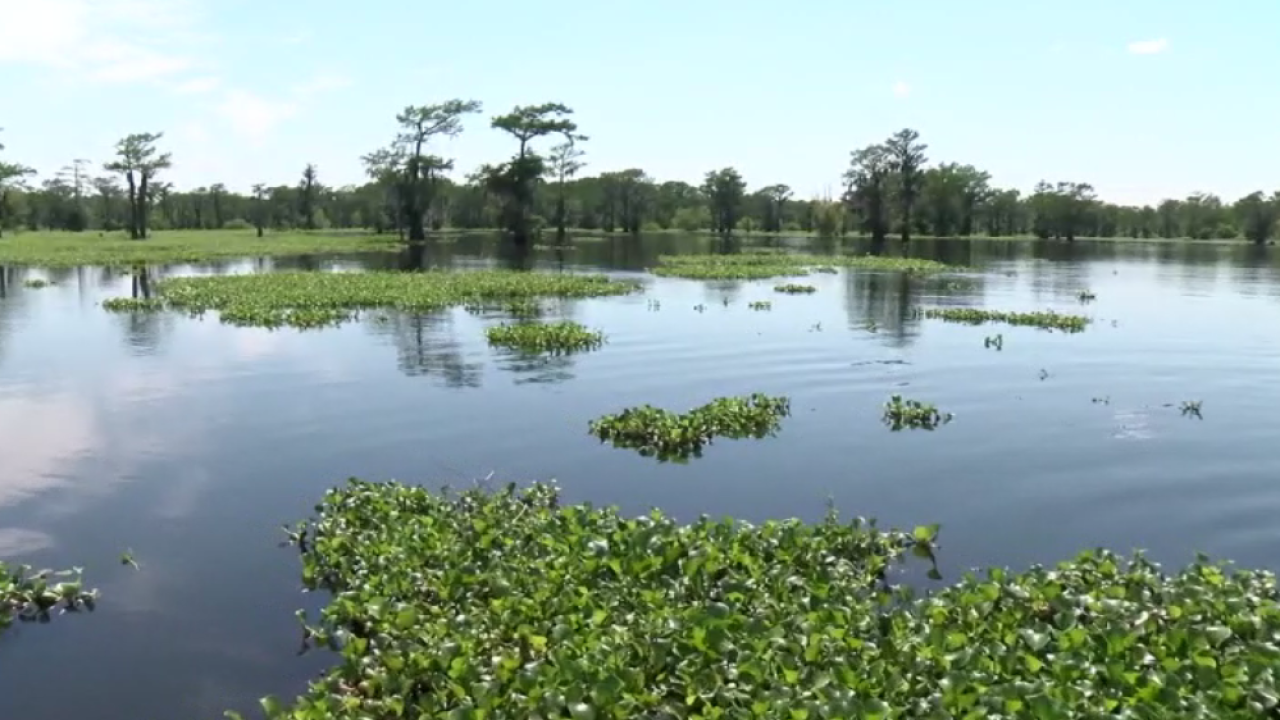 Several Louisiana organizations have joined together to form The Atchafalaya Basin Coalition, and are asking the governor for representation on the newly-formed task force.

The Coalition consists of fishermen and environmental groups with the common purpose of protecting Louisiana’s Atchafalaya Basin swamps, lakes, and waterways for generations to come, a release states.

Louisiana Crawfish Producers Association West, Atchafalaya Basinkeeper, Sierra Club, and Healthy Gulf all have serious concerns that there are issues in the Atchafalaya Basin that are not currently being adequately addressed and managed, the release states.

The Coalition issued a letter to Governor John Bel Edwards requesting representation on the Atchafalaya River Basin task force that was announced earlier this week, specifically a representative from the Louisiana Crawfish Producers Association West to represent commercial fishing interests in the Basin and a conservation organization, such as the Atchafalaya Basinkeeper, that prioritizes the preservation of deep-water swamps for ecosystem services and flood control.

Organizers say the Coalition was created in response to several river diversion projects by the state of Louisiana and the Corps of Engineers that are rapidly filling the Basin’s swamps, lakes, and bayous. This coalition is creating a united front to stop those projects and to create a holistic plan for future management of the Atchafalaya Basin, they say.

“On behalf of our membership, we have anxiously joined this coalition in order to hopefully finally have some successful projects done in order to improve water quality in the Atchafalaya Basin and help to ensure that the Basin can continue to protect South Louisiana from catastrophic flooding,” said Jody Meche, President of The LCPA-West. “The Basin for far too long has been neglected or harmed by river diversion projects benefiting only special interest groups which fill the Basin with far too much sediment causing loss of deep-water habit and decreasing its ability to handle project flood. All of the Basins inhabitants including myself and many of our members have lost too much already and hopefully by forming our coalition we can finally sustain a positive future for our wonderful Atchafalaya Basin."

Coalition members believe that the river diversion projects violate Congressional Resolutions directing the U.S. Corps of Engineers and EPA to develop a comprehensive plan for the management and preservation of the water and related resources of the Atchafalaya River Basin, including provisions for reduction of siltation, improvement of water quality, and possible improvement of the area for commercial and sport fishing.

They say it is alarming that the river diversion projects ignore a 1979 EPA report that specifically outlines the importance of keeping those swamps deep for flood capacity and warns against river diversions to introduce river water into wetlands through cuts.

“Natural functioning swamp in the Atchafalaya requires adequate capacity for seasonally changing water levels. This provides for regeneration of cypress, for wildlife habitat and for retention of flood waters,” said Haywood “Woody” Martin, Chair, Sierra Club Delta Chapter. “Diversions that cause sediment infill of the swamp are highly destructive to the extremely important functions of a natural swamp.”

“The state of Louisiana is the steward of the most beautiful and productive wetland forests in the world and the most important wetland habitat for migratory birds in the Western Hemisphere. The systematic destruction of the Basin’s wetlands will have ecological consequences globally,” said Scott Eustis, community science director for Healthy Gulf. “It is time for the state to start working with NGOs and fishermen that share the same goals of preserving the Basin for future generations of fishers, protecting Louisiana residents from flooding, and preserving the last standing deep water swamps for which Louisiana is so well known.”

Here's some info about coalition members, provided by organizers:

Louisiana Crawfish Producers Association West
Louisiana Crawfish Producers Association West was first formed in the late 80s early 90s because of trespassing threats against crawfishermen in the Atchafalaya basin. Their mission statement is to fight for and protect the free use of our navigable waters and water bottoms of the Atchafalaya Basin and state. They also fight to restore our Atchafalaya basin to its natural state as much as possible an do everything possible to bring the polluters and abusers of the basin to justice. They fight for all users of the basin, both recreational users and commercial users of the basin.

Atchafalaya Basinkeeper
Atchafalaya Basinkeeper “ABK”, a member organization of Waterkeeper Alliance, was founded by Dean Wilson in 2004 with a mission to protect and restore the swamps, lakes, rivers, streams and bayous of the Atchafalaya Basin for future generations. Since its inception, Basinkeeper has worked to patrol and advocate for the Basin through education, monitoring and enforcement. ABK works with diverse partner organizations, communities, agencies, regulated industry commercial and recreational users of the Basin, outdoor enthusiasts, and concerned citizens in collective stewardship to preserve this ecological wonder.

Sierra Club
The Sierra Club is the most enduring and influential grassroots environmental organization in the United States. They amplify the power of their 3.8 million members and supporters to defend everyone’s right to a healthy world through various policy positions and environmental conservation efforts.

Healthy Gulf
Healthy Gulf is committed to uniting and empowering people to protect and restore the natural resources of the Gulf Region. Since 1998, Healthy Gulf has evolved from a network of a few dozen member organizations held together by one staff person, to a thriving independent organization, with thousands of individual members throughout the Gulf. In 2019, Gulf Restoration Network changed its name to Healthy Gulf to reflect the ultimate mission of the organization. In strategic partnership with their allies, they run campaigns in all five Gulf states to advance issues important to the health of the Gulf.