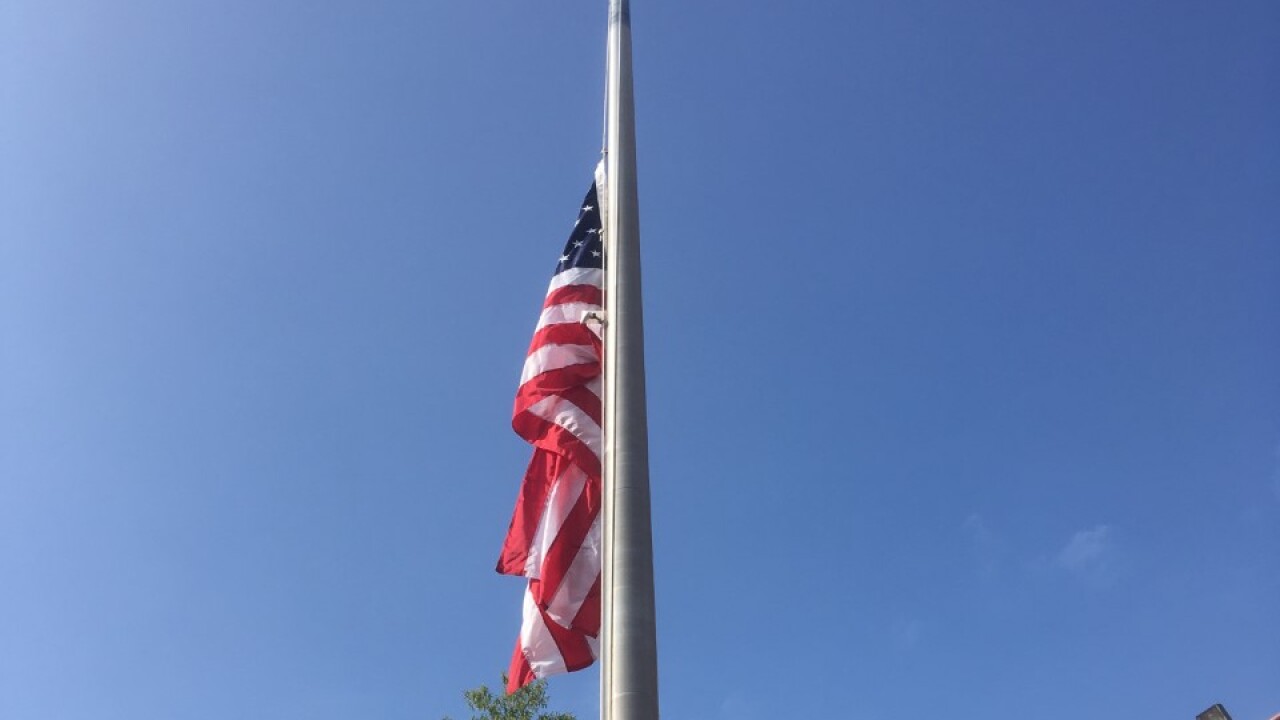 An American flag that recently flew over the USS Arlington is raised in Lafayette's Parc San Souci to remember the lives lost in the terror attacks of September 11, 2001 - September 11, 2020

Memorials and events are being held today in remembrance of the terror attacks of September 11, 2001.

2020 marks 19 years since the attacks. The list below is of events happening here in Acadiana and a few nationwide in remembrance of 9/11.

A ceremony was held Friday morning at Parc San Souci in Lafayette to honor the thousands of lives lost in terror attacks of September 11, 2001.

The annual event consisted of a short flag-changing ceremony at 9 a.m. The ceremony was limited due to COVID-19 restrictions.

During the ceremony the American Flag was exchanged for another that flew over the USS Arlington which was named in commemoration of the terror attacks that killed 184 people at the Pentagon in Arlington, Virginia.

The Lafayette Fire Department Honor Guard aided in the exchange of the flags.

The short ceremony was live steamed on the KATC Facebook page.

See that video below:

On the University of Louisiana at Lafayette campus, a virtual ceremony was held to honor two university alumni killed in the terror attacks on the World Trade Center and the Pentagon.

The Student Veterans Organization, along with the Ragin' Cajun Veteran Alumni Association and the Veterans Service Office, held the virtual memorial on Facebook Live.

In St. Landry Parish, Fire District 4 and the Cankton Police Department will conduct a small September 11 memorial ceremony beginning at 9:00 am.

The group will march with flags from the church to city hall where a blessing a speech will honor the lives lost.

Beginning at 8:00 am names of the victims of the September 11 attacks were read aloud at the World Trade Center Memorial Plaza in New York City.

An observance will also held at the Pentagon. At sunrise, an American flag was unfurled on the side of the Pentagon where 184 people were killed after a hijacked American Airlines Flight 77 flew into the west wall of the building‘s first floor. Many of those killed in the attack were Army and Navy service members.

President Donald Trump will spoke at a ceremony at the White House on Friday morning and flew with the First Lady to Pennsylvania where he spoke at the site of the Flight 93 National Memorial near Shanksville.