Morganza Spillway is being opened. Here’s what to expect.

Now that the Army Corps of Engineers has announced officially that the Morganza Spillway will open this weekend here’s what you can expect:

The Morganza Spillway is a safety valve for the Old River Control Structure (ORCS), which keeps the Mississippi River in place.

In short the Mississippi is so high, that to guarantee the integrity of the ORCS, the water has be diverted into the Atchafalaya Basin, the natural Mississippi spillway.

The Spillway gates will be opened slowly on June 2nd, this will prevent a rush of water from crashing down, and the slow release gives wildlife a chance to clear out and the water to move south in a controlled manner.

Rivers naturally try and flow to the sea so the water will be looking for the easiest path down to the Gulf of Mexico, so it’ll begin its journey to the south. 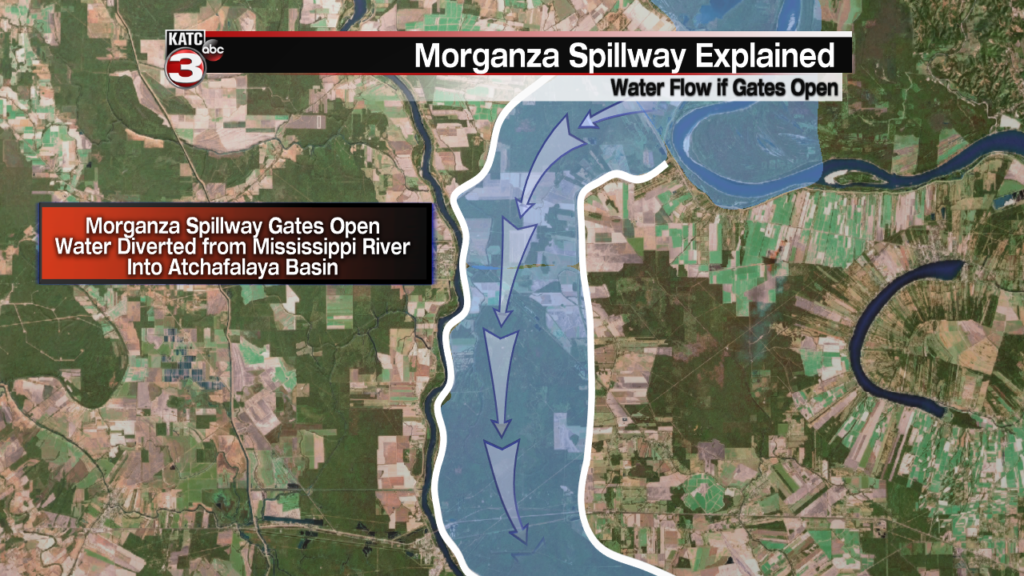 As the water passes south of Butte La Rose, the levee on the eastern side comes to an end. If the water isn’t sufficiently high enough, however, this shouldn’t be an issue the water will continue to move down the basin. 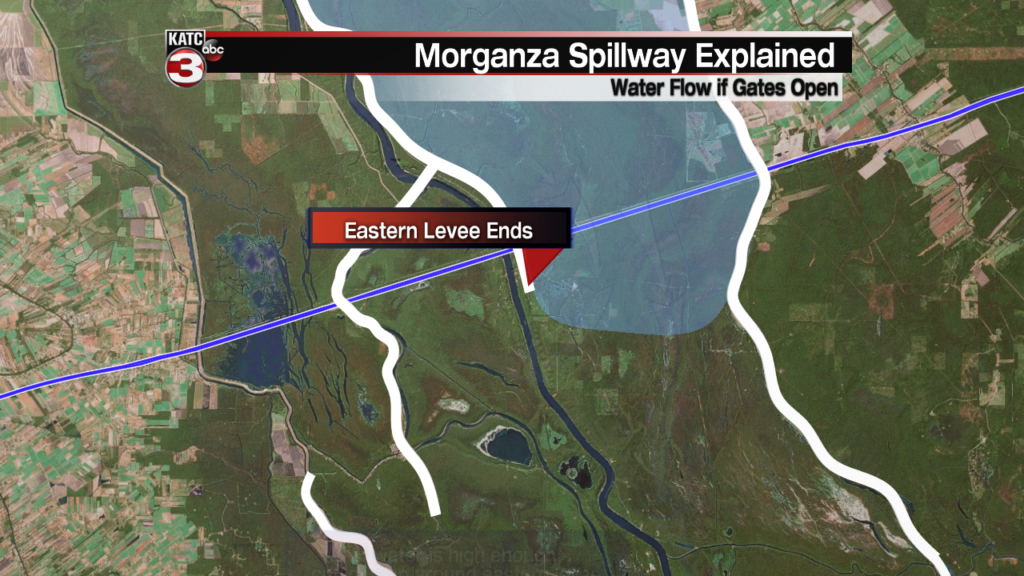 If the water is high enough, (approximately 28 feet) then water could spill to the west of the levee, but should get caught up a different levee that runs west of Butte La Rose.

This would mean anyone with interests in Butte La Rose should be very aware of river levels and how the basin is behaving. 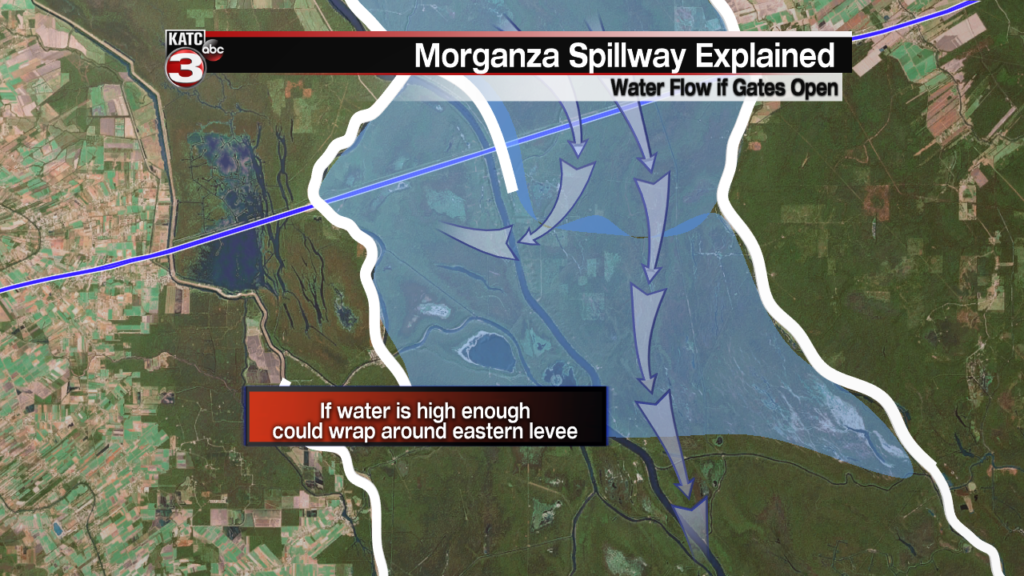 The water continues its path to the Gulf of Mexico and eventually spills out through several different areas located in south St. Mary Parish. 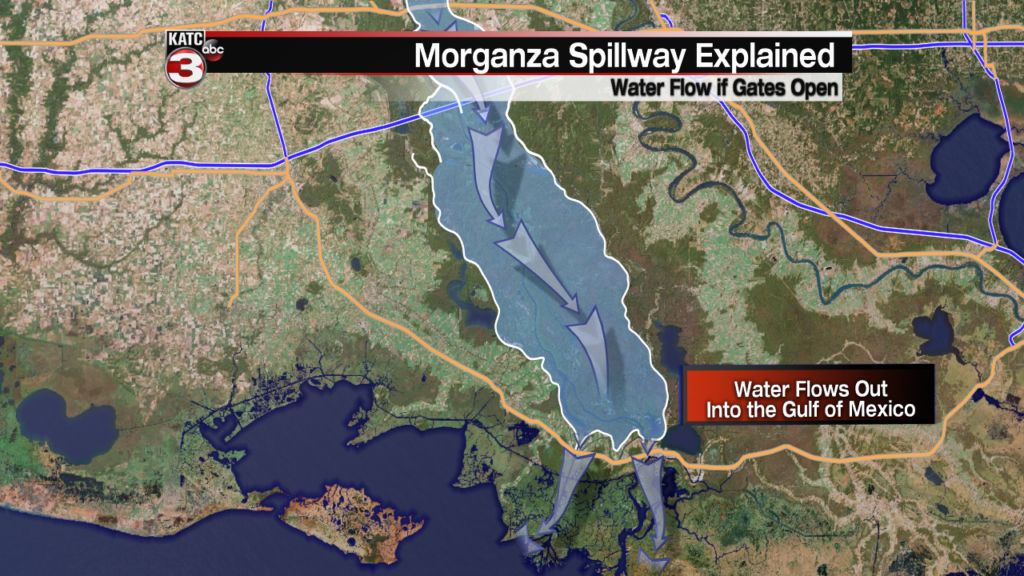 One of the problems, however, is that the water at the mouth of the Atchafalaya River has been running exceedingly high the last several days.

This could create a log jam of sorts that then sends the water back northward and can result in backwater flooding as far north as St. Landry Parish.

Keep in mind that this did not happen in 2011 so there’s not much precedent for it, but that does not mean that it’s taken off the table.

Now there are levees in place designed to protect communities in the event of backwater flooding, including levees circling Krotz Springs and Melville.

Those communities could become more or less islands though if the water gets up high enough as a result of backwater flooding.

Few lagniappe thoughts here as we close this out: First water modeling like this is exceedingly difficult so treat this more as a guide and less of a guarantee.

The other is that is has been dry lately, at least a week or so, and with the hot weather the ground has had a chance to dry.

This is good news, we need the ground as ready to soak up water as possible, and with little rain in the forecast we’ll be as ready as we can be to take on this kind of water.

Nature’s purpose for the Atchafalaya Basin is to be a spillway and take on water like this so hopefully the swamp will be able to do it’s thing and hold that water until it drains into the Gulf.

There’s been a lot of questions in regard to the Vermilion and the Bayou Teche, neither should be impacted unless something catastrophic happens such as a major levee break.

So those worried about already high numbers on the Vermilion can rest assured that those numbers are still forecast to go down, not up.