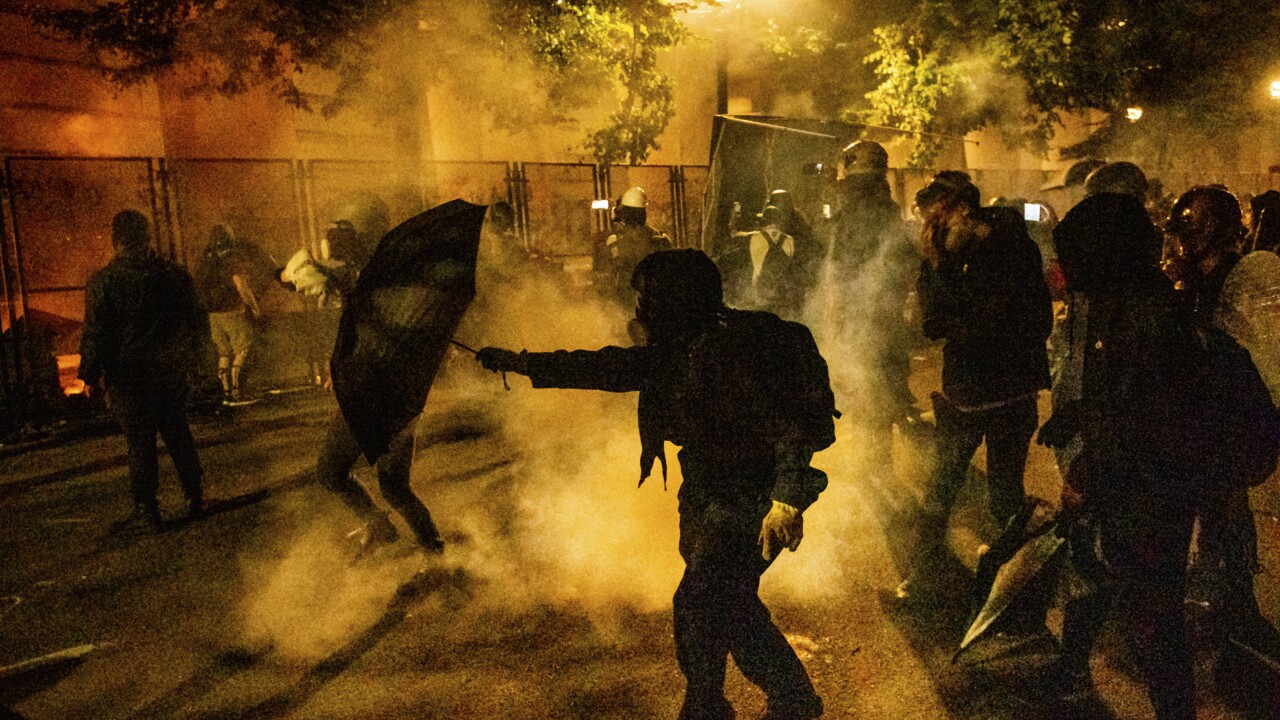 A federal judge ruled on Thursday in favor of journalists and legal observers as part of a temporary restraining order involving the response of federal agents in Portland.

The ruling comes less than one day after federal agents protecting a federal courthouse in the Oregon city deployed tear gas at protesters.

Among those who was tear gassed was Portland Mayor Ted Wheeler, who objected to the presence of federal agents in the city.

President Donald Trump ordered federal agents to guard federal buildings and courthouses in major cities. Trump said he blames Democratic mayors for not getting a handle on the unrest that at times has become violent.

“We can solve the problem very easily,” Trump said. “We're equipped with the best equipment, the best people. And you see what we're doing. I mean, Portland was coming down. It was busting at the seams and we went into protected all the federal buildings, those federal buildings that totally protected.”

But the ACLU of Oregon has pushed back on the administration's response to the unrest, calling the deployment of federal agents an “escalation.”

“This is a fight to save our democracy,” said Kelly Simon, interim legal director with the ACLU of Oregon. “Under the direction of the Trump administration, federal agents are terrorizing the community, risking lives, and brutally attacking protesters demonstrating against police brutality. This is police escalation on top of police escalation. These federal agents must be stopped and removed from our city. We will continue to bring the full fire power of the ACLU to bear until this lawless policing ends.”

Thursday’s ruling comes after the ACLU and others claimed that the rights of journalists and legal observers were being violated. A freelance photographer, Mathieu Lewis-Rolland, tweeted video he says is of federal agents firing projectiles at him. Video of the incident can be seen here (note, video contains strong language).

According to the Portland Police Department, protesters threw a “flaming item” into the federal courthouse on Wednesday. That’s when federal agents addressed the crowd.

The police also reported incidents of vandalism and arsons stemming from Wednesday’s demonstration.