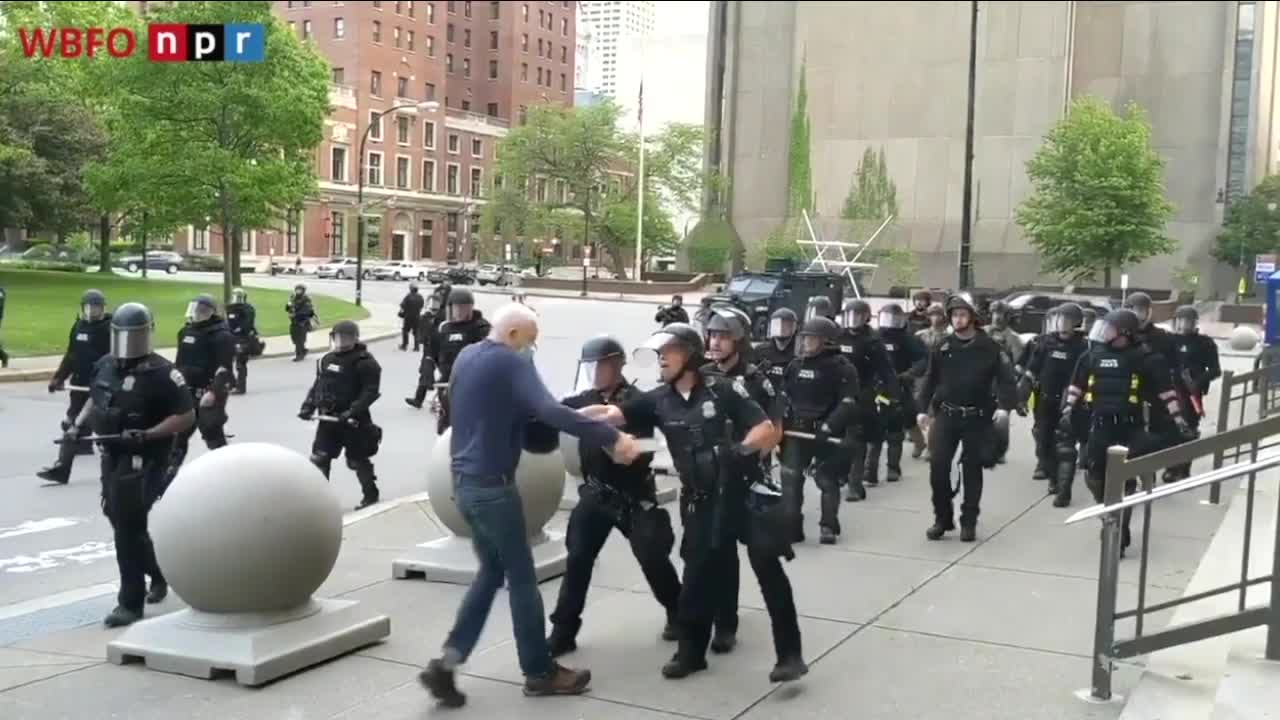 The man was taken to ECMC, where he is in serious but stable condition as of Friday morning. The man has been identified by a fellow protester as Martin Gugino. 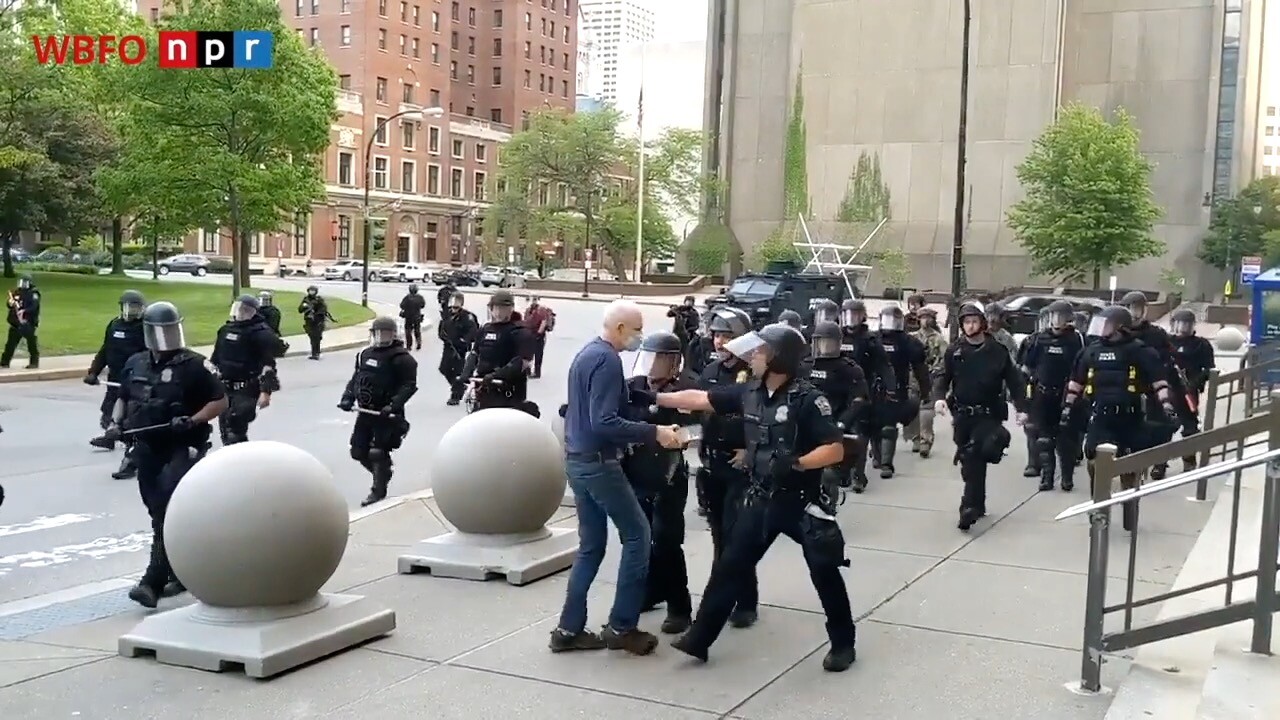 Injured Buffalo protester Martin Gugino has been released from the hospital, nearly four weeks after he was pushed to the ground by two Buffalo police officers.

Gugino, 75, will be recovering at an undisclosed location to protect his privacy, according to his attorney Kelly Zarcone.

"Martin wants to thank the entire hospital staff for their exceptional dedication and professionalism," Zarcone said. "He received truly outstanding care and for that, he is grateful."

Gugino has been at ECMC since June 4, when he was shoved to the ground outside Buffalo City Hall by officers Aaron Torgalski and Robert McCabe. Gugino's skull was fractured when the back of his head hit the sidewalk. The fall, which was captured on cell phone video, happened moments after Gugino approached a moving line of officers.

Torgalski and McCabe are facing second-degree assault charges. They remain suspended without pay.