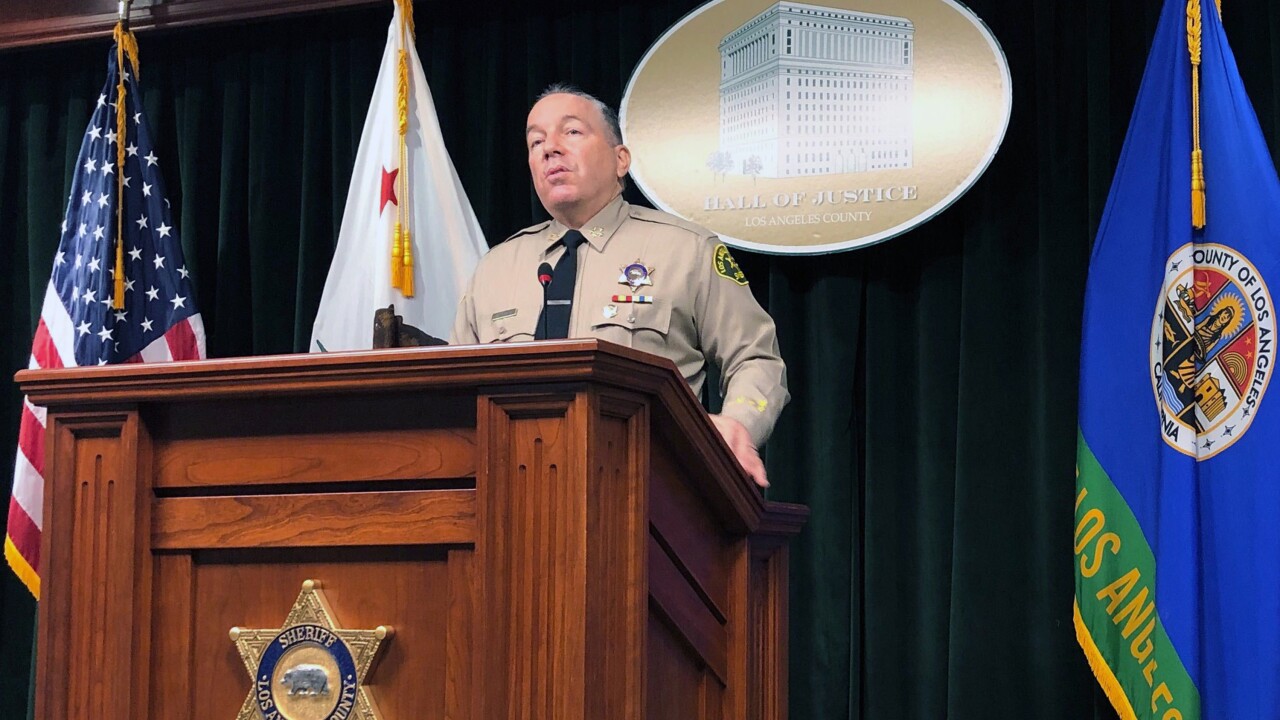 LOS ANGELES, Calif. — The Los Angeles County sheriff says he has concerns about tactics deputies used to detain three Black teenagers at gunpoint after the mother of one said they had been threatened by a man holding a knife.

Sheriff Alex Villanueva said Monday that he had seen a video of the incident, which was uploaded by one of the teens' mothers to her Instagram profile on Saturday.

The mother wrote that the man tried to stab the boys, but the deputies handcuffed her son and the others.

“The guy became so aggressive that he took his shirt off pulled out a knife and whip them tried to stabbed them,” she wrote. “His friends only had their skateboards to cover them from the knife and whip so they held it out to keep distance from this guy.”

The video shows the deputies holding out at least two handguns and one long gun.

A sheriff’s spokeswoman says the teens were not arrested and were released at the scene.

The sheriff said on Twitter that the matter is being investigated.

My statement regarding the recent video involving a call for service in Santa Clarita. The matter is being investigated & we will provide updates as they become available. pic.twitter.com/yu1ZCXtVKz

The mayor of Santa Clarita, Cameron Smyth, tweeted that the city has called for an expedited review of the incident and that at least one deputy involved be removed from the field until the investigation is complete.