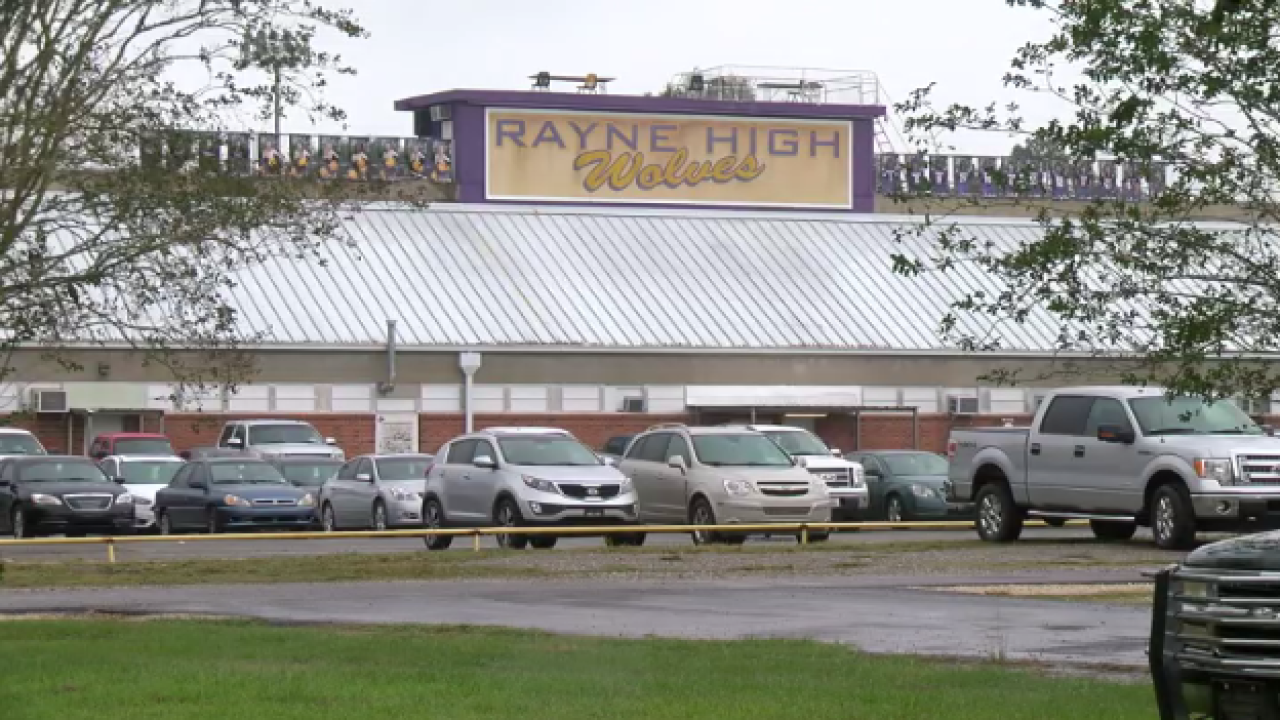 Superintendent Scott Richard said the administration was told about the weapon, and they followed all safety protocols in place. He confirmed for KATC that the weapon was a handgun.

Rayne Police were called, and they came to the school and seized the weapon, Richard said.

"The individual possessing the weapon will be disciplined in accordance with school board policy and state law," Richard said. "We commend the school administration, school staff, student body and our local law enforcement partners at the Rayne Police Department for handling the matter in such an effective manner. We will continue all efforts to maintain a safe and secure learning environment for all stakeholders."