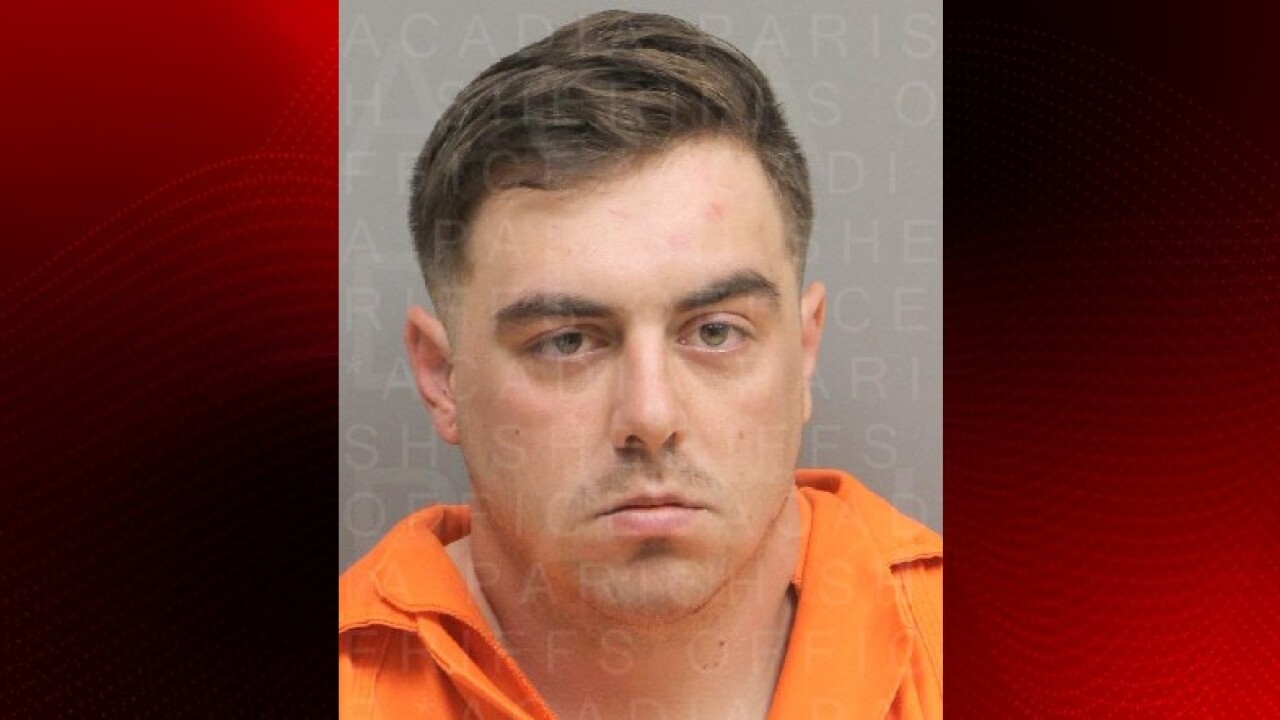 A 28-year-old was arrested Monday morning after police say he broke into the home of his estranged girlfriend and attacked a person with a machete.

Tyler Foreman was arrested on October 5 after Crowley Police responded to a call of a home invasion in the 500 block of Stutes Street around 4:20 am.

Upon arrival to the scene, police say they found Foreman being restrained on the ground by one of the victims.

Police say blood was found covering the house and was reportedly coming from the victims wrist. During an altercation, police say that the victim has a large section of flesh taken from his wrist.

During their investigation, police say they learned that Foreman had gone to the residence of his estranged girlfriend where the victim was a visitor.

A witness account reportedly states that Foreman began to bludgeon the victim with the machete attempting to hit him in the head.

The victim was transported to a local hospital. The Crowley police say his condition is unknown at this time.

Foreman was booked into the Acadia Parish Jail Facility on Felony Violation of a protective Order, Home Invasion and Attempted First Degree Murder.