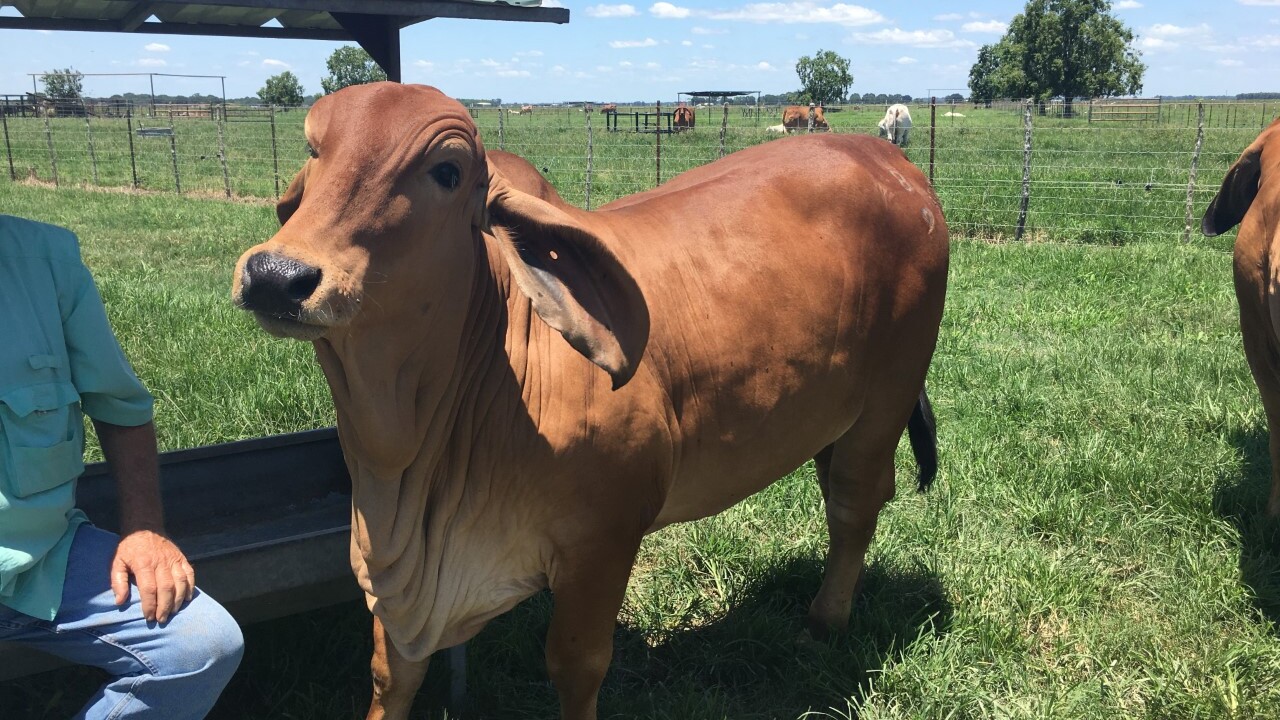 Bob Thibodeaux wanted to treat himself after a few medical scares, so he went to the state fair in 2008.

"I wanted to buy the best animal that I could, and I had no idea this animal was going to do that. It was godsent."

The cow Thibodeaux purchased went on to win awards all over the world.

Thibodeaux decided to have his prized cow cloned.

Eight over nine, as they call her, is a little over a year-old. She's just like any other cow except she's a clone.

Her mother was sold and is now living in Florida. Thibodeaux says cattlemen need money, too.

Eight over nine doesn't even realize she's a cow. She acts more like a dog.

"The animal really loves to be rubbed on. She gets a lot of attention."

With a personality like hers, Eight over nine doesn't shy away from the attention.

"There's always visitors here, and we like to have visitors, especially if they like this type of animal," said Thibodeaux.