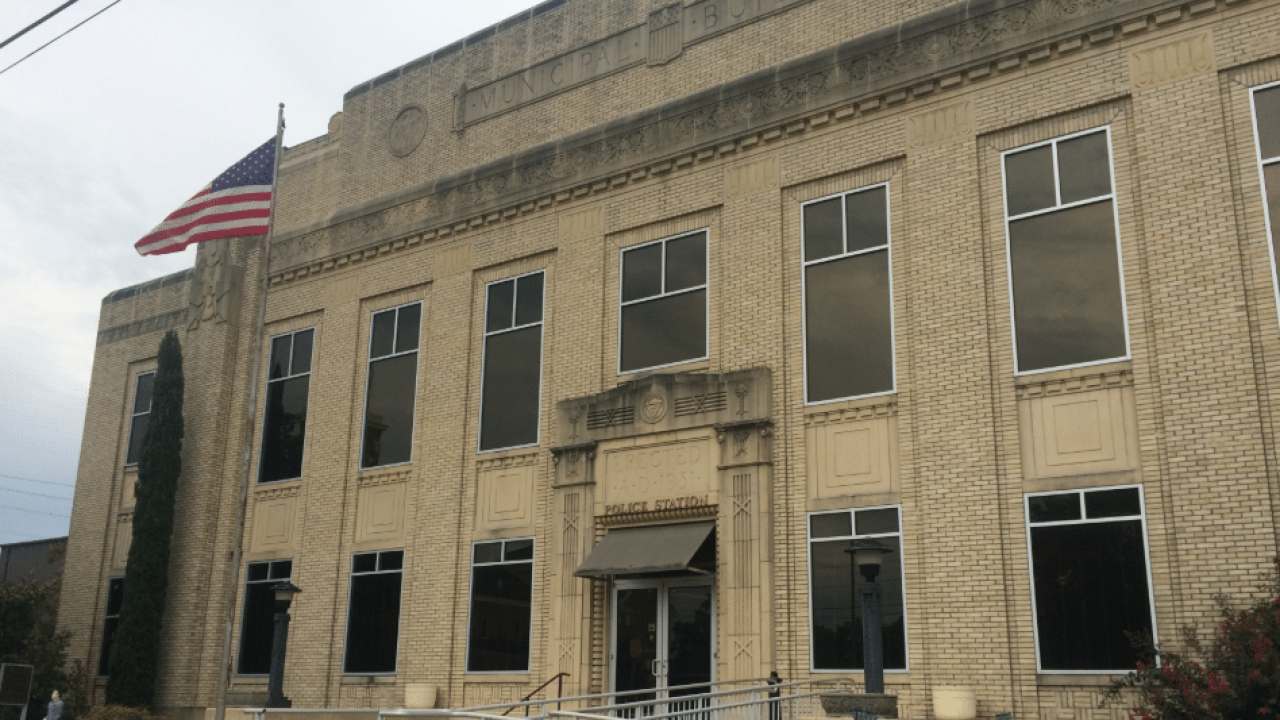 Crowley Police Chief Jimmy Broussard is defending past actions after a city council committee meeting escalated into shouting when an alderman compared him to a bank robber. During the agenda item to authorize a payment of $80,000 for police body cameras, alderman Jeff Cavell demanded that Chief Broussard be held accountable for disobeying state law.

The issue started when Chief Broussard signed a contract with Axon to provide police body cameras for more than $200,000 to be paid over 5 years. According to Cavell, the law states the mayor must sign all contracts or else they do not take effect and said Chief Broussard overstepped his authority by signing those documents.

Councilman Vernon Martin stood by the chief's previous admission that he made a mistake and shouted at Cavell, claiming he shouldn't put down the chief while he's not there to defend himself. Martin believes it was the mayor's responsibility to call the chief and explain that he had to sign the contract, but did not do so for 2 years.

According to Chief Broussard, in Mayor Greg Jones's term, the mayor was unavailable to sign the contract so he consulted a member of the administration who told him that he has the ability to sign the contract because the money would be taken from the police department's budget. The chief admits he did not check this claim. In 2019, he says he requested a payment to be made out of the budget for the cameras, but they were never paid because, "it was still with legal."

Currently, Crowley officers have been wearing those cameras for 2 years; however, Axon did not receive payments of $40,000 each ($80,000 total) for those years. Axon is now threatening to take the cameras back due to nonpayment. Wednesday's agenda item would allow the council to consider re-appropriating that sum from the city's budget to Axon for the cameras.

At Wednesday's meeting, Cavell also brought up an audit from 2 years ago, when the city was cited because of the chief of police going over budget for a new vehicle. He also said Chief Broussard should be held accountable for issues over transporting a family to a juvenile facility in Minden. Broussard says he reimbursed those gas payments from his personal account and felt this was an acceptable public service for his officers.

In another accusation against the chief, Cavell claims Chief Broussard asked for 40% of ticket fines to be placed in a special account for the chief to use, which Cavell says is a violation of state law."We've seen ongoing behavior and actions by someone who is clearly not being held accountable for state laws as you and I are by the very person whose job it is to do so."

Cavell accused the chief of using his office to disobey laws and believes that the chief apologizing for his mistakes and not being held accountable is the equivalent of a person who robs a bank or speeds and is let off after saying it was an honest mistake.

Councilman Martin's rebuttal of Cavell's claims became heated, with Cavell and Mayor Monceaux repeatedly telling Martin that he was out of order.

After the debate, the committee voted to approve the action item; it will head to the full council at next week's meeting.

I had an emergency that I had to deal with that evening and had to leave, but was trying to return to the meeting prior to this issue coming up.

The three issues Mr. Cavell brought up were prior to this Administration and Council and were ALL rectified prior to the incident at the Committee meeting (with the exception of the body cameras). I feel Mr. Cavell used the opportunity to make a personal attack on me for possibly some type of personal vendetta he or friends of his may have against me.

With regards to the truck that is used as my unit, Mayor Greg Jones, in his term, gave me the availability to purchase the vehicle. It was discovered later that it exceeded the limits by $2000, purchased from a local dealership.

With regards to the transportation of a family to see their juvenile loved one at a facility in Minden, the family was poor and did not have transportation, nor were they able to garner transportation. Two off duty reserve officers accepted to take the family there as a public service to the family. Though an off duty older model Crown Victoria was used, Mr. Cavell failed to mention that the money for the gas was reimbursed by me from my personal account so as not to burden the city, and was considered at that time hence rectified. Maybe I erred on the side of compassion, but my thoughts were to be of service to the public that we are honored to serve. For as long as I can remember, officers have assisted citizens even at times with transportation here or there. My thought process was the ancient motto of "To Protect and TO SERVE."

With regards to the body cameras, again two years ago, when Mayor Jones was unavailable, I consulted another member of the Administration who, to their knowledge thought that I had the ability to sign the contract since the money would have come out of my existing budget. I admit my fault in taking at face value and not checking. I was two years into my term, and like many of the present Council, I was still learning the "ins and outs" of the position. In addition, I had sent a letter to City Hall in 2019 requesting a payment be made out of my budget for the cameras, of which emails acknowledging that request and subsequent bills requested were submitted, but they were never paid, because "it was still with legal."

Mr. Cavell, in his insinuations, compared me to a bank robber. Yes, we do operate on a 3.4 million dollar budget, 65% of which goes to salaries and benefits of a 42-person department. Anytime I have approached the Council for funding, it has not been for myself but for the officers of this department. I have fought for the officers of this department to get them the equipment that is necessary to perform their jobs in a professional manner. The fleet that was purchased for officers was exactly for that, OFFICERS. The body cameras, which with all the situations going on today are of an imperative nature, are for the OFFICERS. Every issue I have brought before the Council has been for the Department, not for me personally. If that is indicative of a bank robber, then maybe I am once again am confused as to the definition of a bank robber, because usually the suspect would have personal benefit in it. The only personal benefit I have in this is the same benefit the citizens of this City have - that is having a professional working police department that has their necessary equipment. The law, in addition, says that a crime has to have "specific intent or malice" which again, was emphatically not the case in any of these.

Mr. Cavell has made it very public that he believes that police officers are paid too much (Crowley police officers start at $22,000 a year approximately) and we should be cut about 25% of our budget. Mr. Cavell has never sought me out personally to discuss these matters, but rather chose to "blast" me in a public forum.

Watch the full committee meeting here; the disagreement starts at 3:31:33.