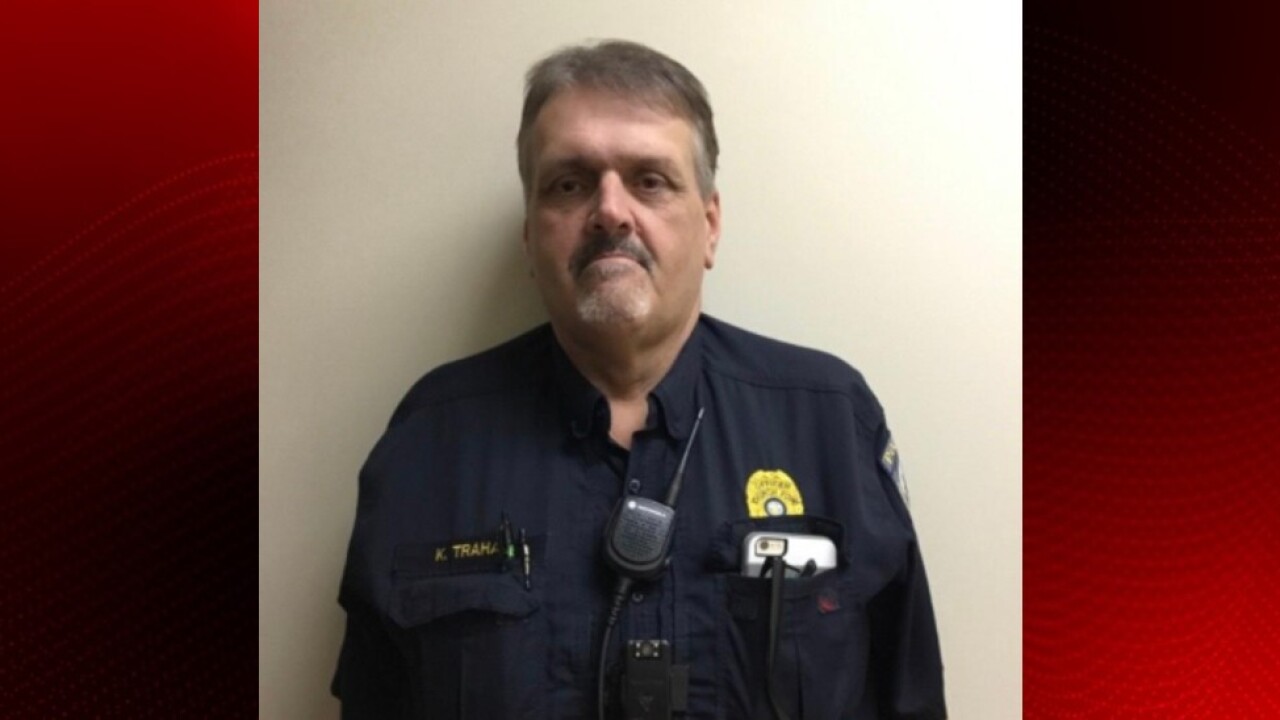 Church Point Police are mourning one of their own today.

On July 31, Capt. Kevin Trahan died in a Monroe hospital. He'd been hospitalized for a month due to complications from COVID 19, which he acquired in the line of duty, Chief Dale Thibodeaux tells us.

Capt. Trahan began his Law enforcement career with the Acadia Parish Sheriff’s Department in July 0f 1994 where he worked in several different divisions throughout his time there. Capt. Trahan, while at the Sheriff’s Department, worked under Sheriff Ken Goss and went on to also work under Sheriff Wayne Melancon. Upon completion of Sheriff Melancon’s term in office, Capt. Trahan came to work for the Church Point Police Department, under Chief Albert Venable, as a patrol officer.

When Thibodeaux took over, he promoted Trahan to captain and assigned him to oversee the department's operations and train new officers. He also worked in narcotics and warrants divisions, the chief said.

"The loss of Capt. Trahan will leave a great hole in the Police Department and he will be missed deeply," the chief said. "Capt. Trahan was a kind loving man who loved his family and grandchildren more than life itself. There was not one time that you would ask him to do something for you that he would not do it. Kevin was not only a coworker but was my family and brother. Kevin would take each young officer and try to instill the fact to them that you can do your job but do it in a professional and caring way. Capt. Trahan would say to treat people the way you would want an officer to treat your family. Capt. Trahan was the only one I knew that could bring you to jail and he was so kind you would thank him for bringing you to jail."

Arrangements have not been posted yet, but Trahan will receive a full law enforcement funeral, the chief said.

"There is no doubt in my mind that he will be watching over each one of us and keeping us out of harm’s way. The Lord needed someone in Heaven with his kindness and generosity I guess but he sure took a great man that no one will ever be able to fill those shoes. Rest in Peace my friend and brother until we meet again. You may be gone but I can guarantee you that you will never be forgotten," Thibodeaux said.