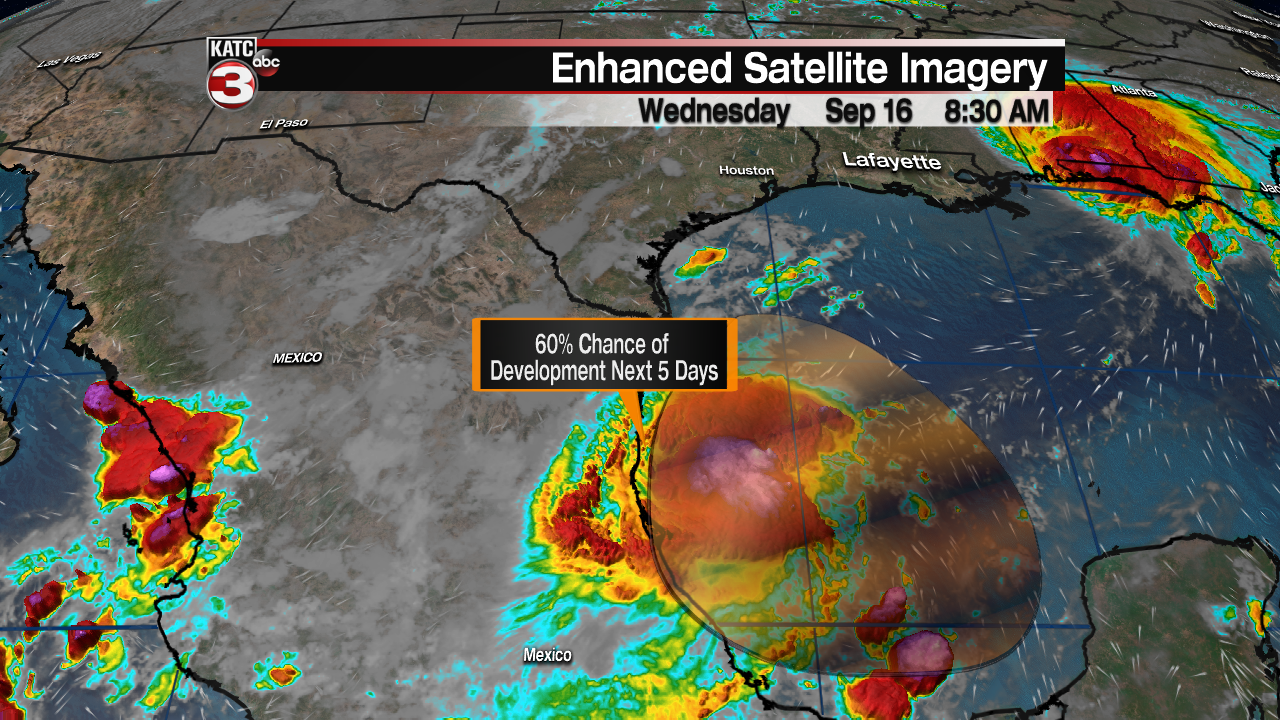 An area sitting in the Bay of Campeche has caught the attention of the National Hurricane Center with an area of tropical moisture sitting and meandering with conditions slightly more favorable for development in the next few days.

Anything that is meandering and drifting needs to be watched this time of year, and there seems to be some early model indications of a weak low developing giving some creedance to the outlook, plus it looks better organized than earlier this week.

It's way too early to determine where this may end up, or even if this becomes Alpha in the next few days but it is something to watch.

The 2020 tropical season has lived up to the billing, back in late April and May when the season predictions were coming out the consensus was that this season was going to be abnormally busy.

On September 14th, the Atlantic Basin had five named storms, the first time this has happened since 1971, with a potential Wilfred looming off the African coast and multiple waves worth watching.

Out of all twenty storms that have formed so far, 17 of them have been record breaking and if Wilfred forms in the next few days that would make it 18 out of 21 for how fast we saw each storm form in the season.

On September 16th, Hurricane Sally made landfall along the Gulf Coast making it the second Gulf Coast storm to make landfall in a month and the fourth storm to hit the continental United States.

If Wilfred forms this week, we will be going into the Greek alphabet for the first time since 2005, the only other time that ever happened since they started naming storms. The difference though was that Tropical Storm Alpha (2005) developed at the end of October.

Tthe way it looks now we'll be there before the end of September.

The coastal states that deal with these storms year in and year out have been put through the ringer, but despite multiple landfalls there's still a need to be vigilant.

Because at the end of the day we are still in the middle of the peak of the season.