The summer heat and humidity continues Sunday with highs in the low 90s and feel like temperatures once again topping out between 103-107. 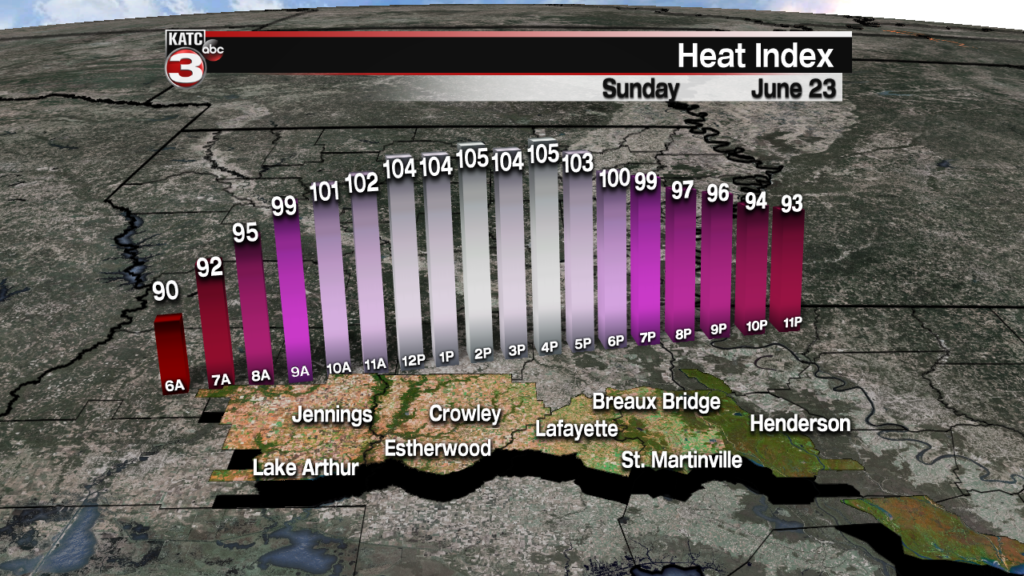 The only difference on Sunday is we will have a slight chance for a couple stray showers during the afternoon/evening, mainly north of the interstate.

Moving into Monday we will be watching a couple complex systems that will be dividing south out of the ArkLaTex region.

Now the models still don’t do the best with these complexes because it is extremely hard to figure out when they will develop and then how long the atmosphere will remain favorable for them to hold together.

That said the latest trends on the models have the possibility of one complex developing late Sunday night in the Red River region but as it moves south the system should fall a part as it reaches Alexandria early Monday morning. 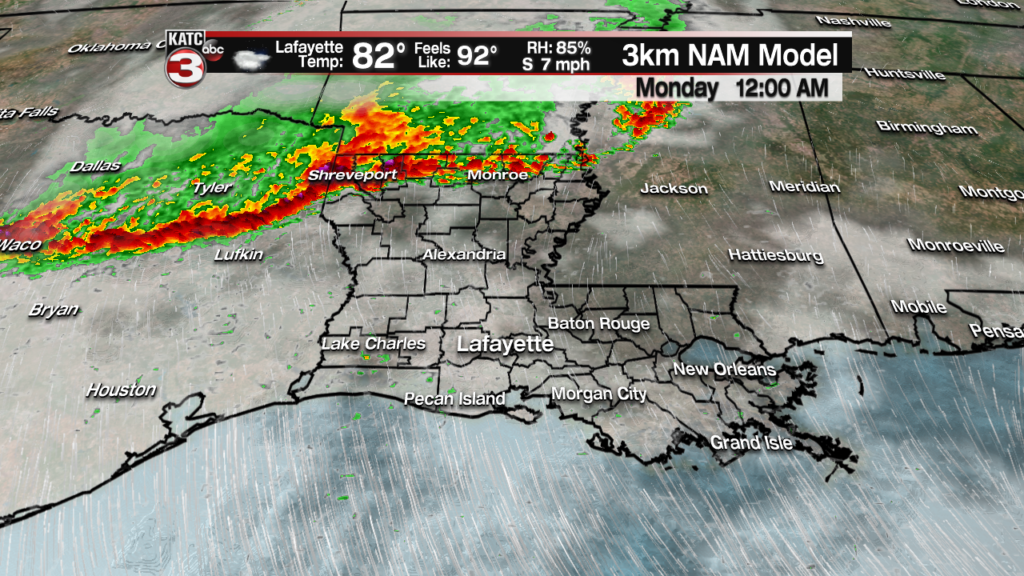 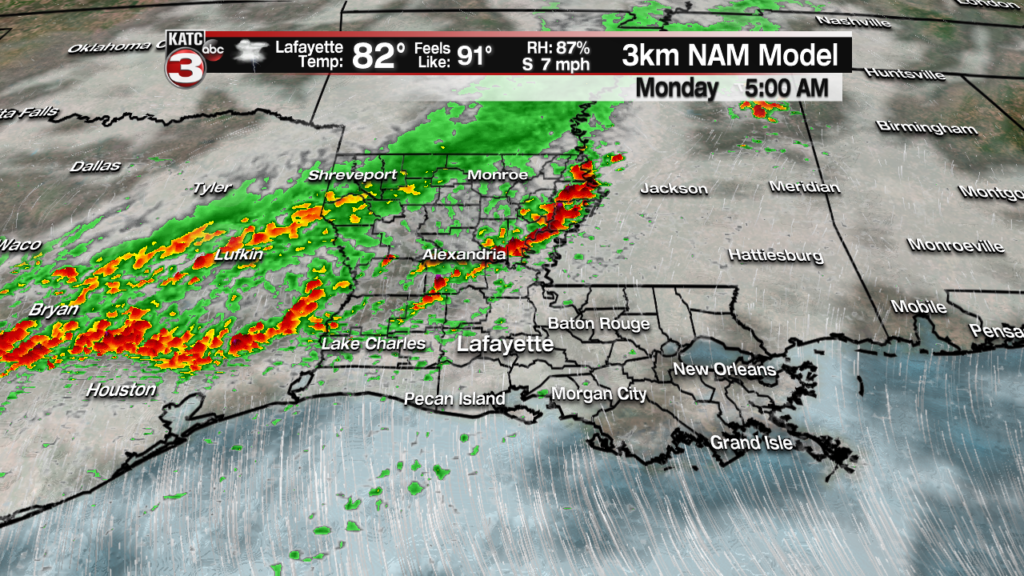 But this system could set the stage for a second complex system to swing in behind it during the afternoon/evening on Monday with this one holding together and pushing through Acadiana producing scattered showers and storms. 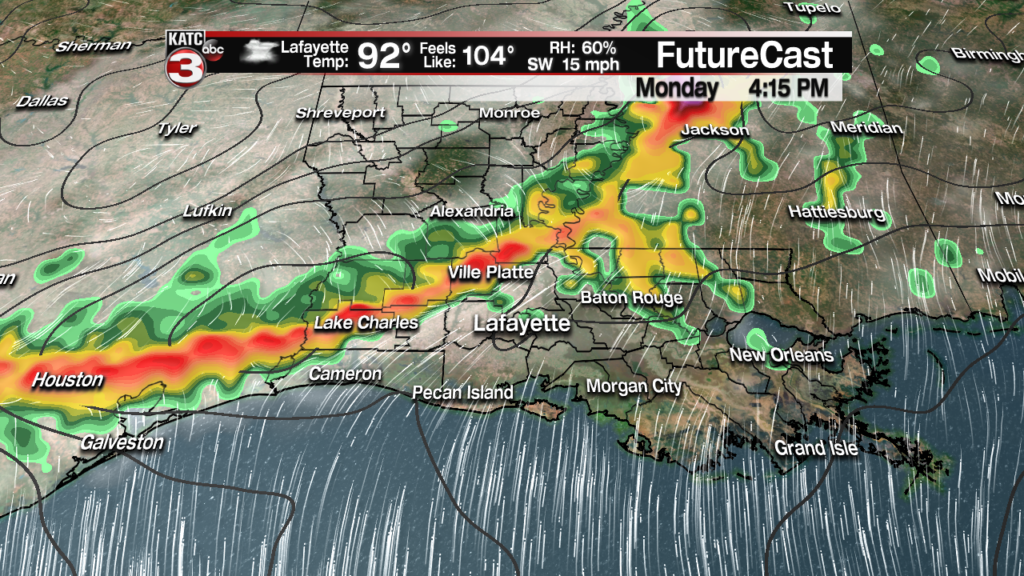 As these systems are trying to slide into Acadiana from the north a large plume of Saharan dust will be drifting north out of the Gulf and over Acadiana. 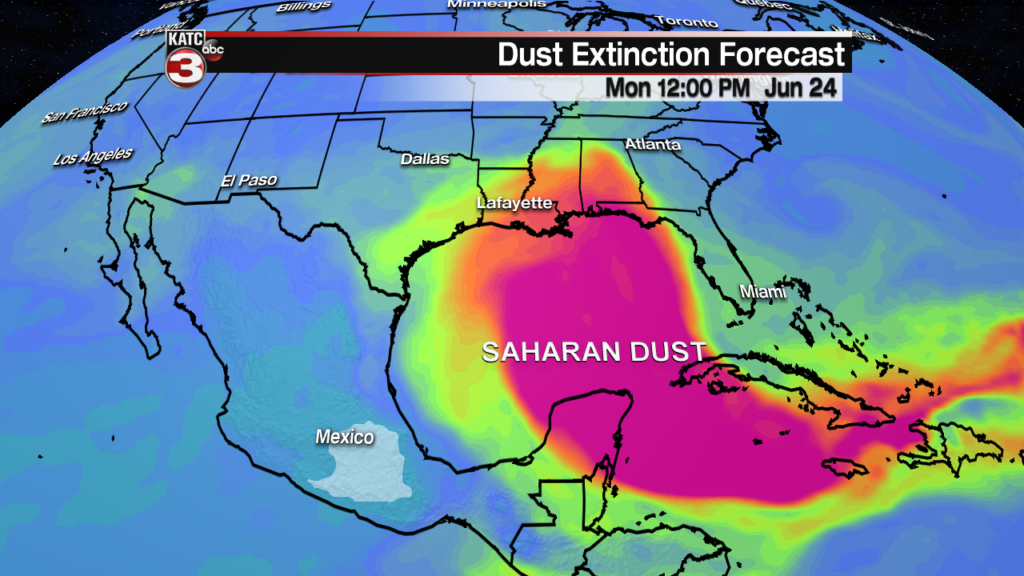 Depending on how fast this dust arrives and how much is in the atmosphere that could limit our rain chances Monday evening.

The dense Saharan Dust will then linger over Acadiana for much of the mid week lowering rain chances and creating some very hazy skies. 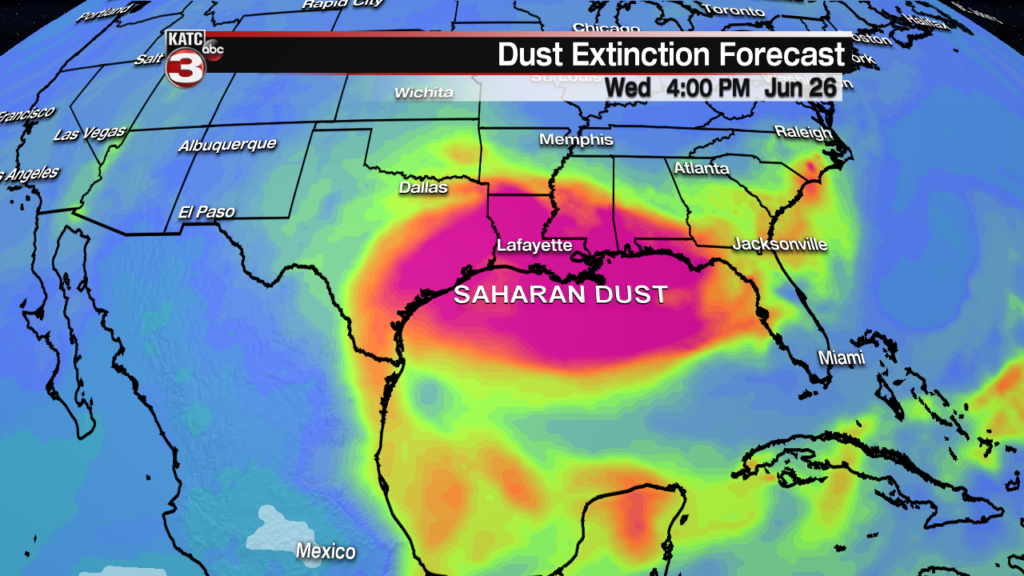 Those with respiratory problems will need to monitor there time outside this week.

But the end of the week the dust plume looks to swing off to the west allowing for the slight chance of a few pop-up showers and storms but otherwise it will continue to be hot and humid with highs in the low 90s and heat indices in the triple digits.