Rain chances tone down will heat amps up

An upper level disturbance will slowly traverse Louisiana through Tuesday allowing for scattered showers and a few thunderstorms into Tuesday, but drier, hotter and more humid conditions await Acadiana later this week. 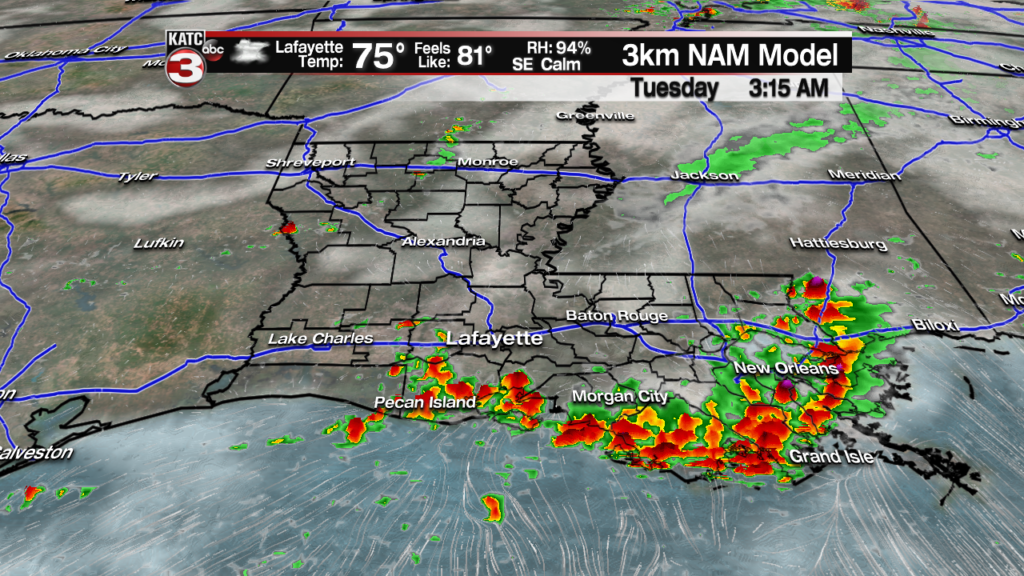 In the near term, the disturbance low may produce scattered showers and a few thunderstorms overnight through Tuesday morning, with activity expected to slowly move eastward, and out of the area through the afternoon. 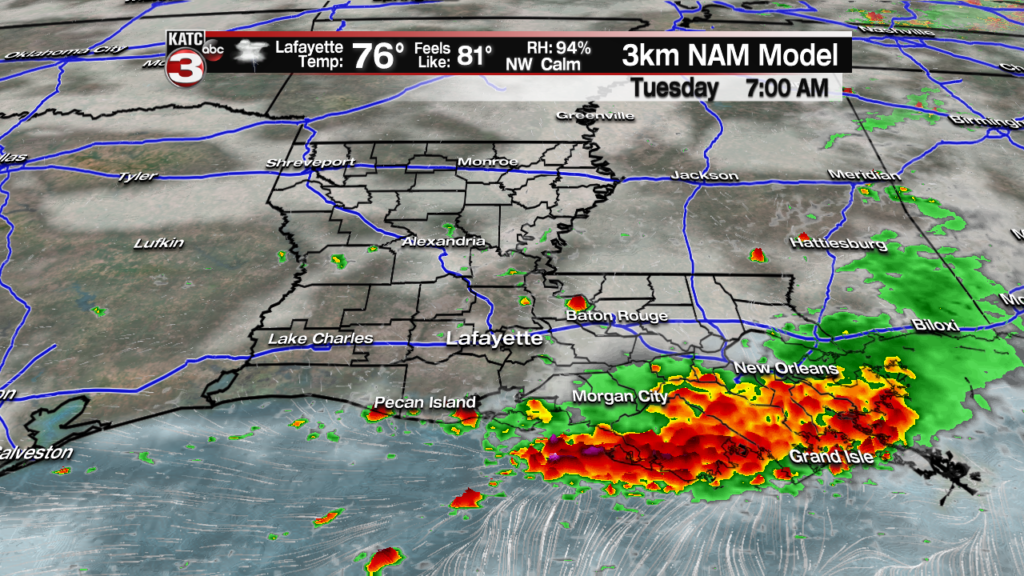 Rain chances should be closer to 30-40% Tuesday lowering to 20% or less later in the day, and for the rest of the week. 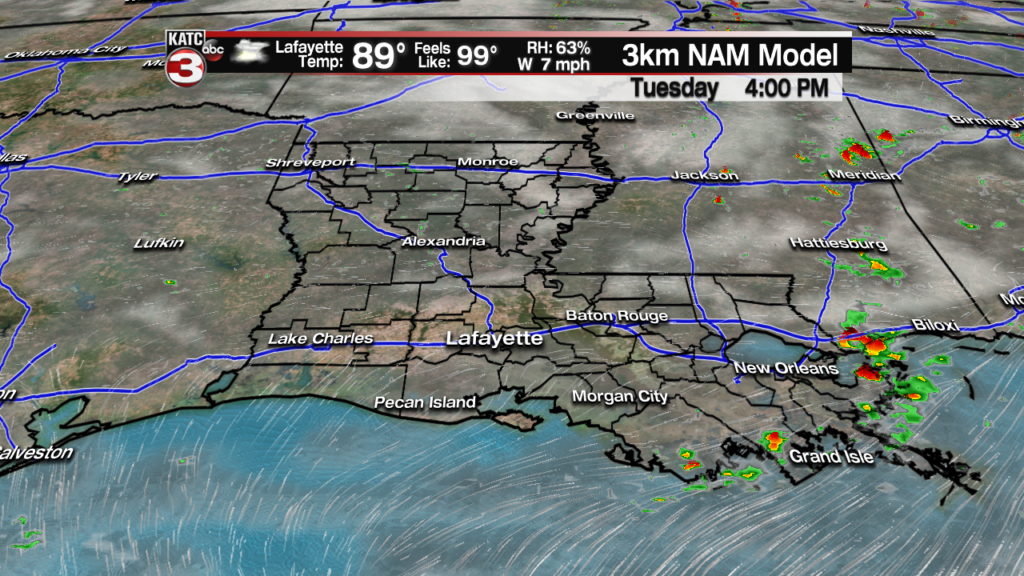 Highs will top out in the lower 90s Tuesday with heat indices approaching 100. 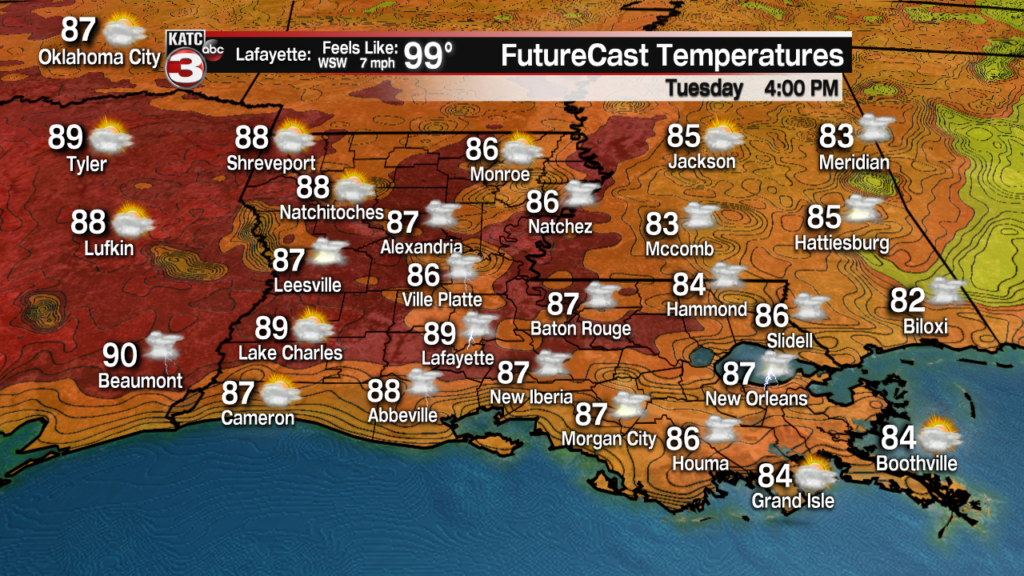 Drier air aloft and a building sub-tropical ridge of high pressure should result in partly to mostly sunny skies Wednesday with temperatures pushing into the 92-93 degree range, along with heat indices increasing to 103-105 Wednesday afternoon. 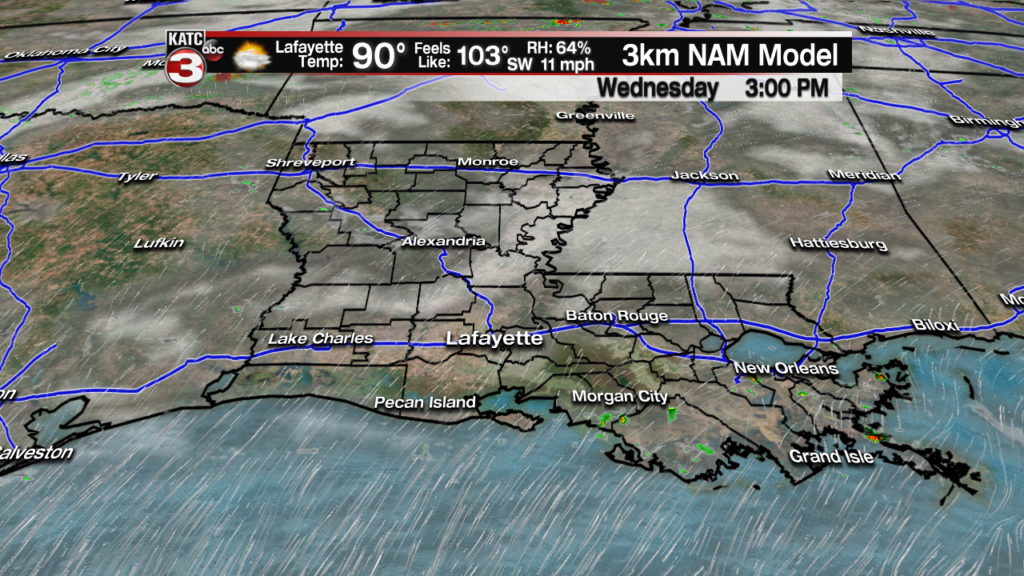 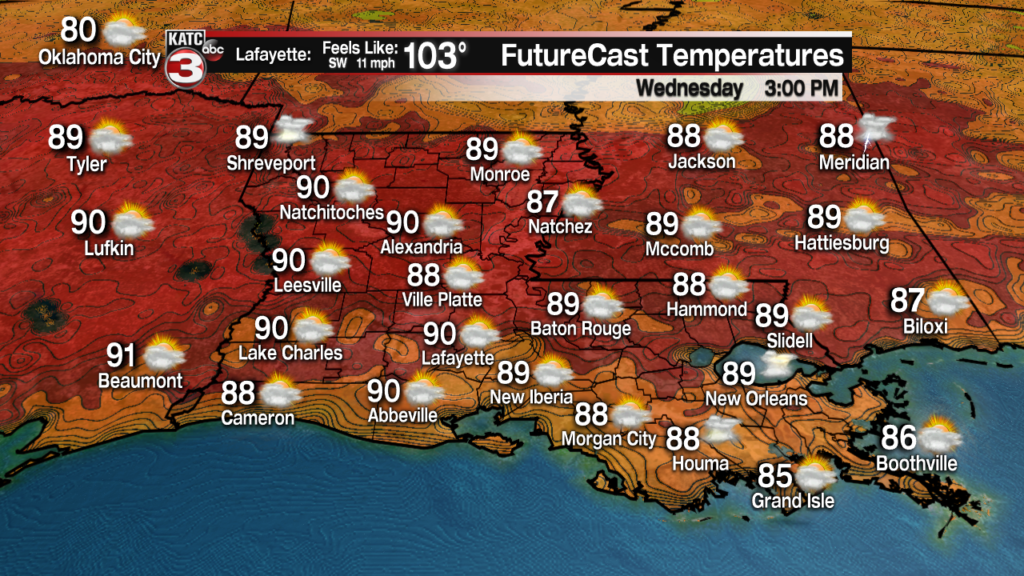 Little change is expected Thursday into Friday other than temperatures inching upward a degree or two, especially overnight, when lows should get close to the very uncomfortable 80 degree mark.

Moving into the weekend, it should be a hot and a mostly dry day Saturday, but an upper disturbance approaching from the northwest should bring a pretty good chance of storms to the area Sunday, and perhaps into early next week.

Another hotter ridge of high pressure is expected to try to rebuild into the area for mid-next week.

Consult the KATC 10 Forecast for the latest on the heat.

Side Notes: The summer solstice officially arrives Friday morning, at 10:54 am CDT.

And the longer range model trends over the next 2-3 weeks looks hotter than normal, with near normal rainfall. 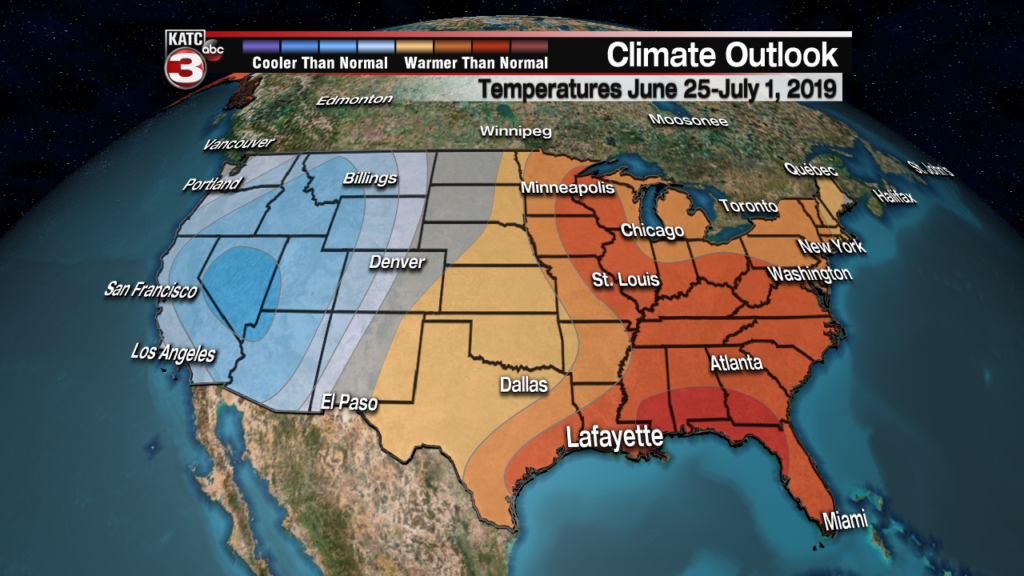 So expect high summer heat as we finish out the month of June and head into early July with the threat of some afternoon storms…we wouldn’t expect anything else this time of year! 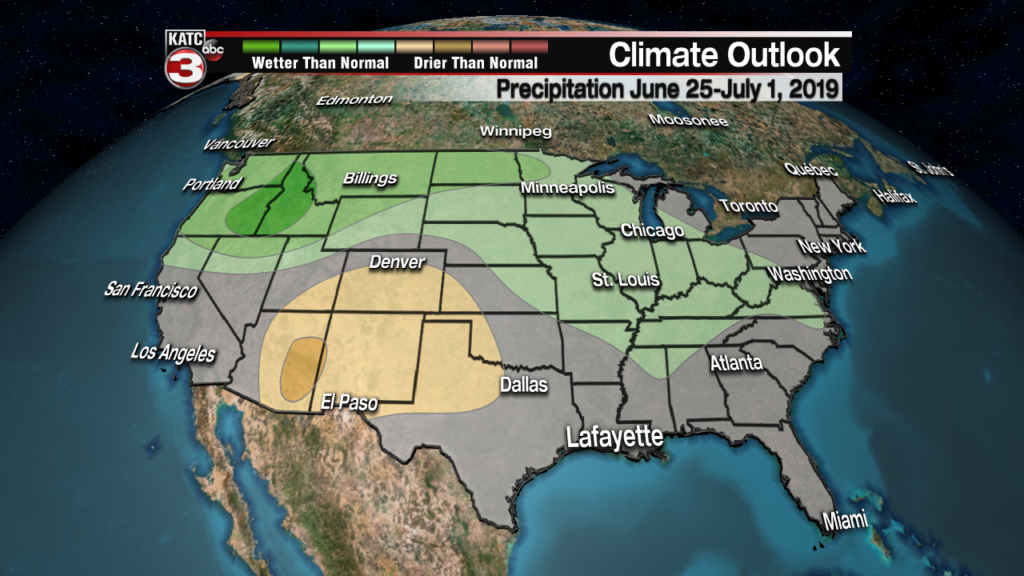