Multiple vehicles stalled in Lafayette due to flooding

The severe weather left some motorist stranded for more than three hours as the storm passed through. 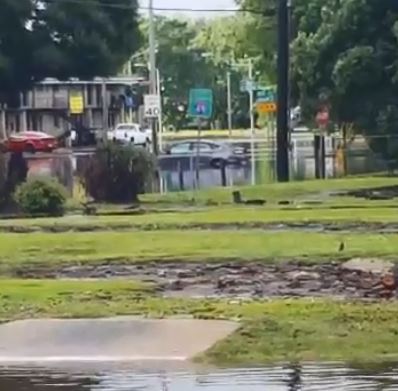 Dozens of vehicle were parked in parking lots at the corner of NW Evangeline Thwy. and Mudd Avenue due to the high water. Bailey Bergeron of Church Point said he was on his way to work a 5:30 am when he had to pull off in a parking lot because of the weather.

Three vehicles were stalled at the intersection with one of them being an Elton Police Department vehicle that was later towed away when the water started to recede.

Neighbors were upset over the number of vehicles passing through the high water at a high rate of speed.