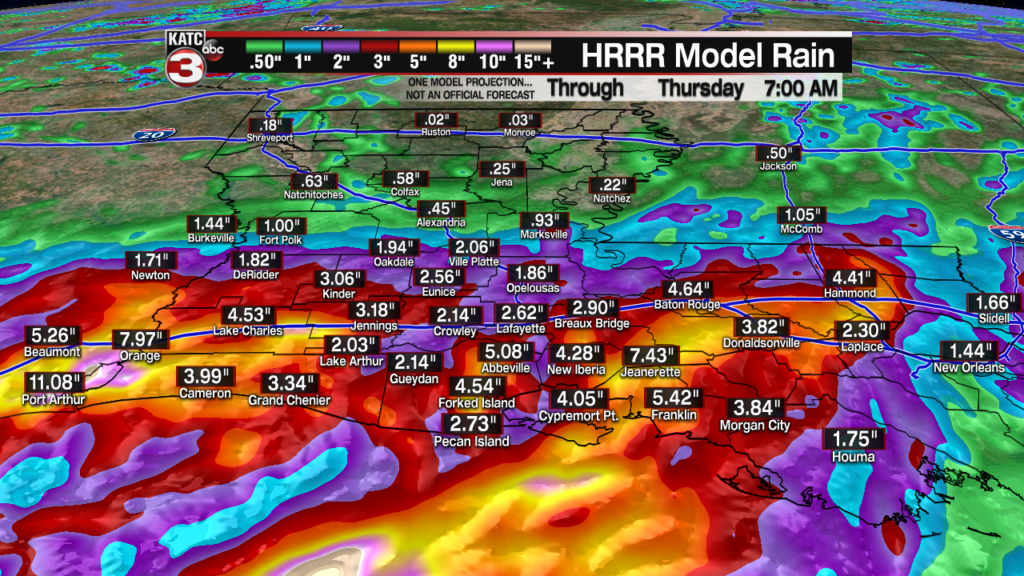 Again the numbers ARE NOT EXACT AND WILL CHANGE FOR YOUR LOCATION, but the idea is to illustrate that there is a 4-8″ rain potential for many with isolated amounts likely higher. 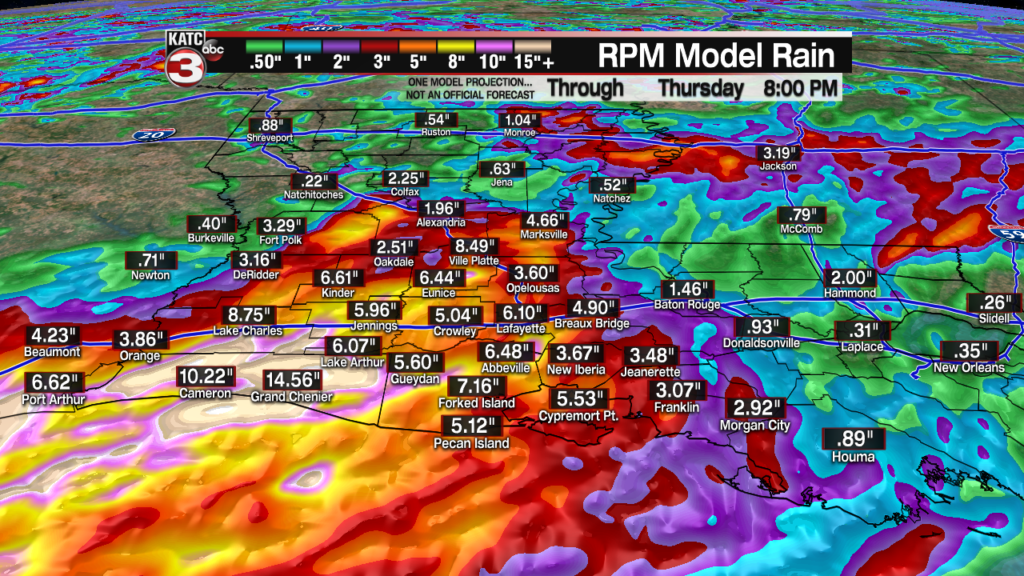 There will likely be a significant flood threat for portions of Acadiana, especially when storms start producing a couple of inches of rain per hour, for several hours and that will likely be toward tomorrow evening, overnight into early Thursday.

I can’t tell you where it’s going to flood, but there will be spots with high water, and hope that the heaviest action/storms can stay just offshore. Stay safe everyone.

Although the disturbance in the Gulf of Mexico will likely not develop, its deep tropical moisture is on track to impact Acadiana Wednesday into Thursday in the form of heavy, flooding rains. 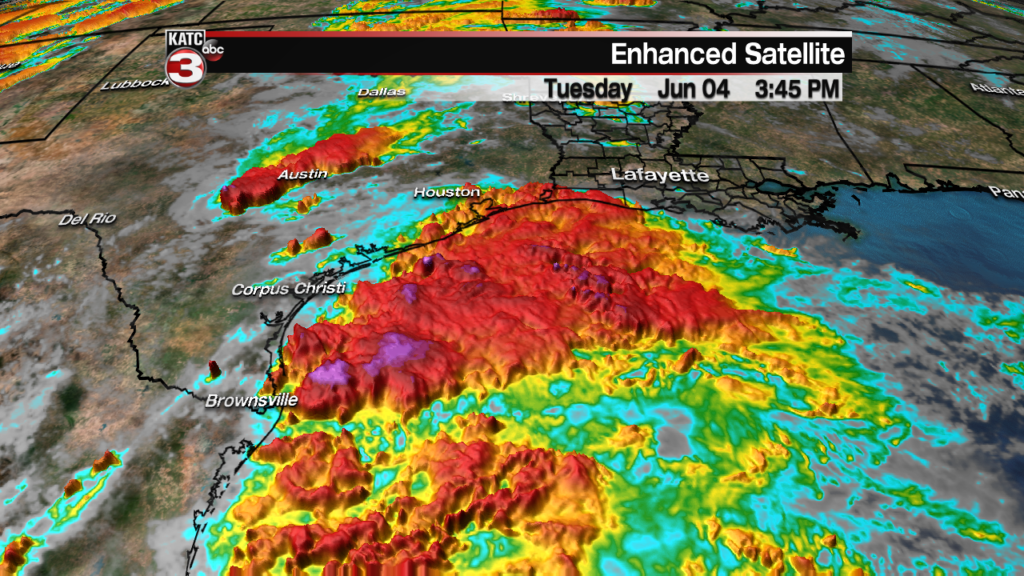 A Flash Flood Watch has been posted for all of Acadiana Wednesday through Thursday afternoon with the National Weather Service indicating 2-4″ with isolated higher amounts, but successive runs of our KATC FutureCast models are indicating the possibility of a foot or more of rain may be possible in isolated spots. 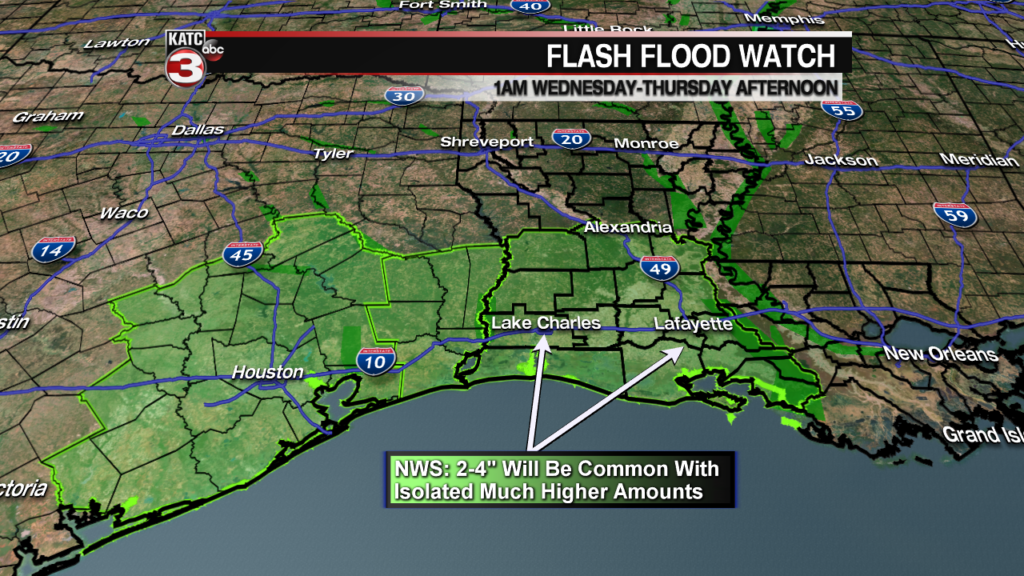 This moisture will be worked on by an upper low moving in from the west Wednesday producing widespread scattered showers and a few thunderstorms Wednesday, then more concentrated heavier storms likely Wednesday night into Thursday. 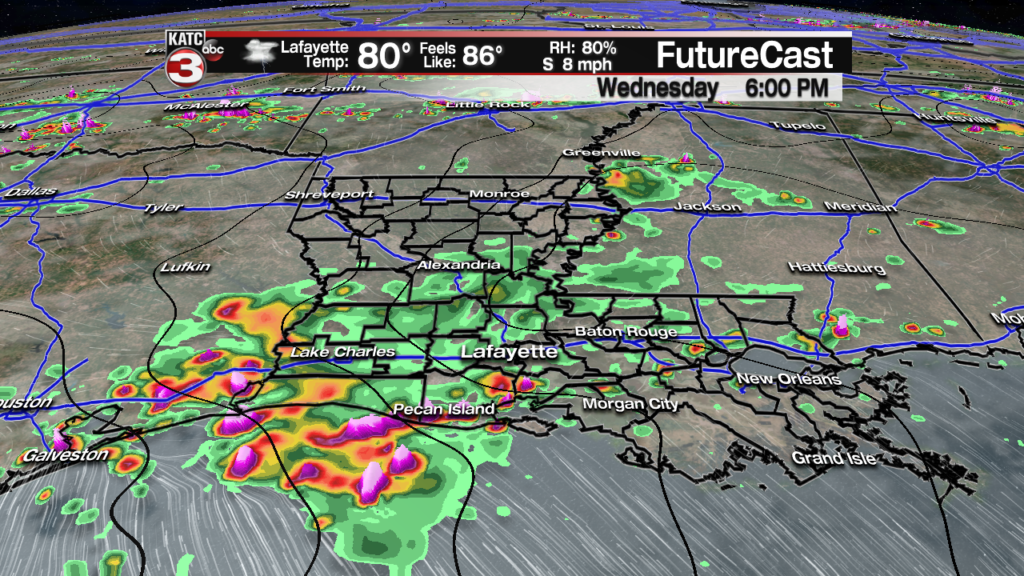 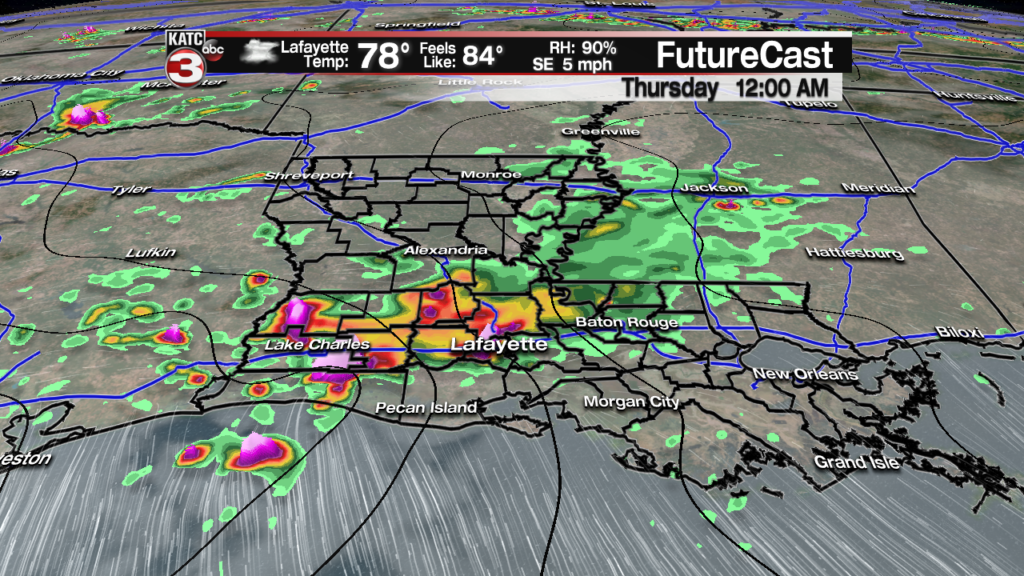 Rainfall totals remain a challenge to forecast, but for now it appears likely that 2-4″ of rain will be common across the Acadiana area, while there could be isolated spots that could receive rainfall rates of 2″+ per hour, and wherever storms tend to train, there will be the opportunity for 8-12″ or more of rainfall, per the last two runs of the RPM FutureCast Model.

Remember the above rainfall totals will likely change and vary greatly from town to town, and from these model runs, and these models might be overdone on the rainfall potential, but they are a red flag that there will be the possibility of major flooding in spots across the Acadiana the area.

The Euro and GFS Models agrees with the broad picture of 2-5″ of rainfall likely from Wednesday through Friday, but the devil will remain in the details on where the isolated flooding rains will occur so stay with KATC for the latest. 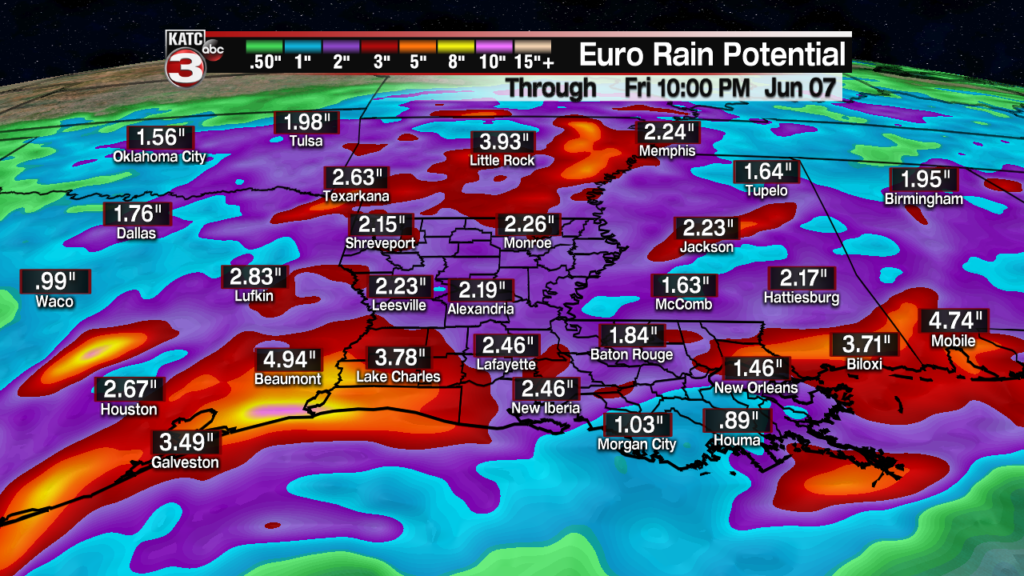 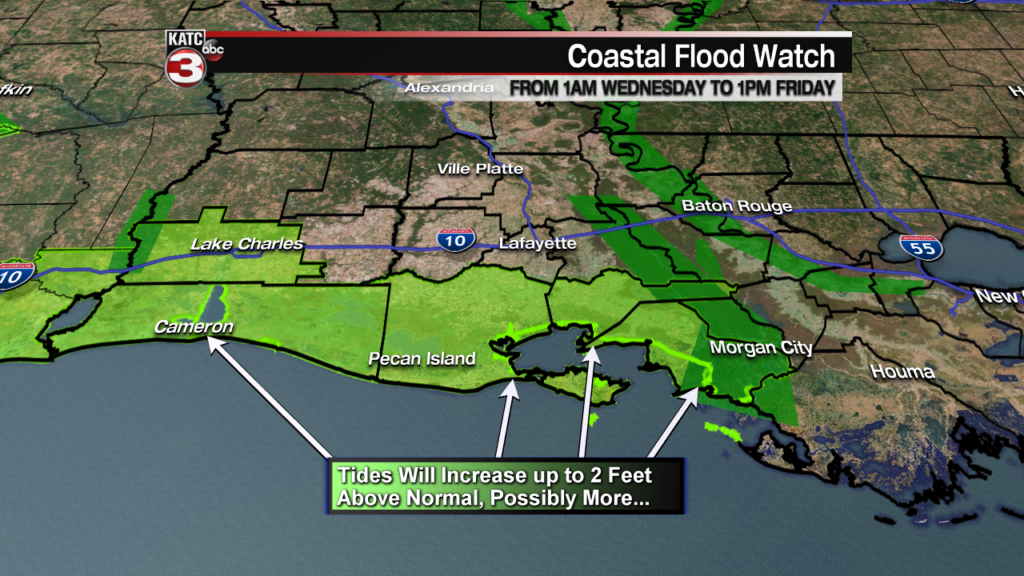 In addition, with increasing winds and seas pushing up onto the Louisiana Coast, tides will likely get at least up to 2 feet above normal and a Coastal Flood Advisory will be in effect Wednesday through Friday. 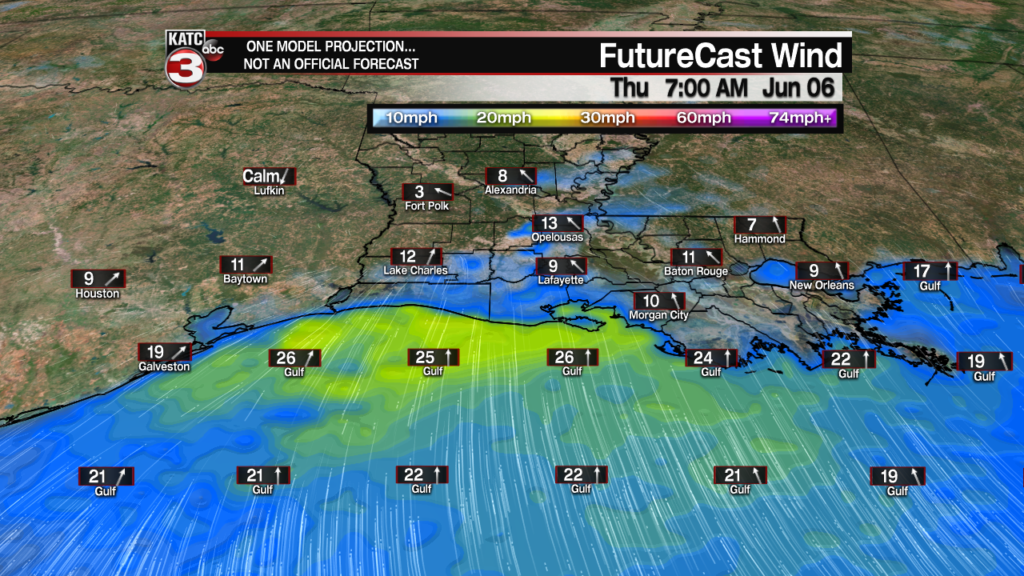 Lingering wrap around showers and some storms in between intervals of sun are expected Friday as this system begins to depart the area, with drier weather likely Saturday.

A brief round of round of storms will be possible by late Sunday as a weak front pushes through the area which could provide for some pleasant weather mid-next week.

In the near term, it must also be noted that more heavy rains will likely be impacting the Arkansas and Mississippi River Basins, adding to the high water situation that’s not only coming down the Mississippi in Louisiana, but that will be released into the Atchafalaya Basin when the Morganza Spillway opens, which is currently slated for Sunday.