Another hot day is expected in the area as summertime heat will hold on well into next week. A line of storms over northern Texas is extending into northwest Louisiana and will gradually sink southward. The storms will probably weaken initially, but the residual energy, paired with the daytime heating, could get more storms going later this afternoon. The best chances for storms will be over central Louisiana, with more isolated activity pushing toward the I-10 corridor. Coastal areas will see the lower chances for rain. 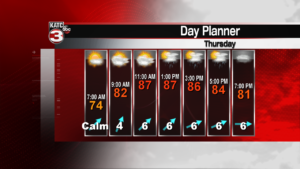 Although we’ve been talking about the impending flood event along the Mississippi and the Atchafalaya River, we could use a little rain over Acadiana. We’ve generally been dry for about a week and a half, and with scorching 90 degree temperatures, there’s a few gardens that would appreciate a little water. 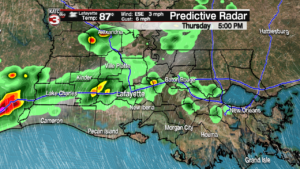 The river forecasts haven’t changed much over the past couple of days, and there’s still a tremendous amount of water that will be coming down the Missouri and Arkansas river systems this weekend and into next week. This will continue to put pressure on the Old River Structure that regulates the water flow for both the Mississippi and the Atchafalaya Rivers. The Army Corps of Engineers are still planning on the historic third opening of the Morganza Spillway on Sunday to relieve pressure on the Old River Structure. 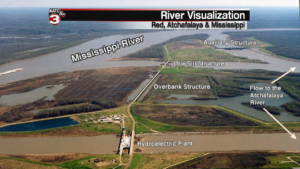 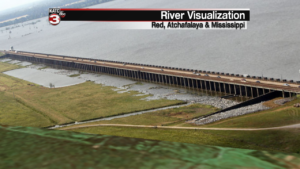