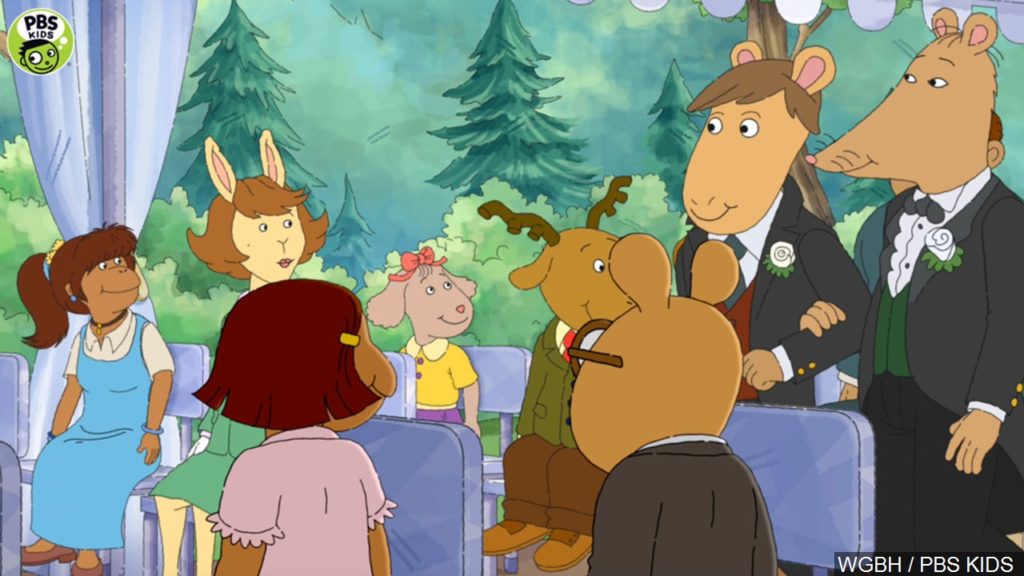 BIRMINGHAM, Ala. (AP) – Alabama Public Television has chosen not to air an episode of the PBS children’s show “Arthur” because it included a same-sex wedding.

The episode “Mr. Ratburn and the Special Someone” aired nationally on May 13, showing Arthur attending the wedding of his teacher and partner.

APT showed a re-run instead.

AL.com reports that APT director of programming Mike Mckenzie defended the decision by saying parents trust that their children can watch the station without supervision.

The station had previously pulled an episode of “Arthur” in 2005 when a character had two mothers.

Misty Souder, a substitute teacher from McCalla, Alabama, says she’s disappointed. She says she’s using this to teach her 9-year-old daughter about the importance of standing up for minority groups.