As of 5pm Saturday most storms in the Acadiana region were behaving and staying well below severe levels…it’s been another story in the northern part of the state, where numerous severe thunderstorm and a few tornadoes warnings have been flying through this afternoon.

During this early evening, showers and storms building in Southwest and Western Louisiana should continue to intensify as the individual storms move rapidly northeastward at 50 mph, while the line also drifts eastward at about 15-20 mph. 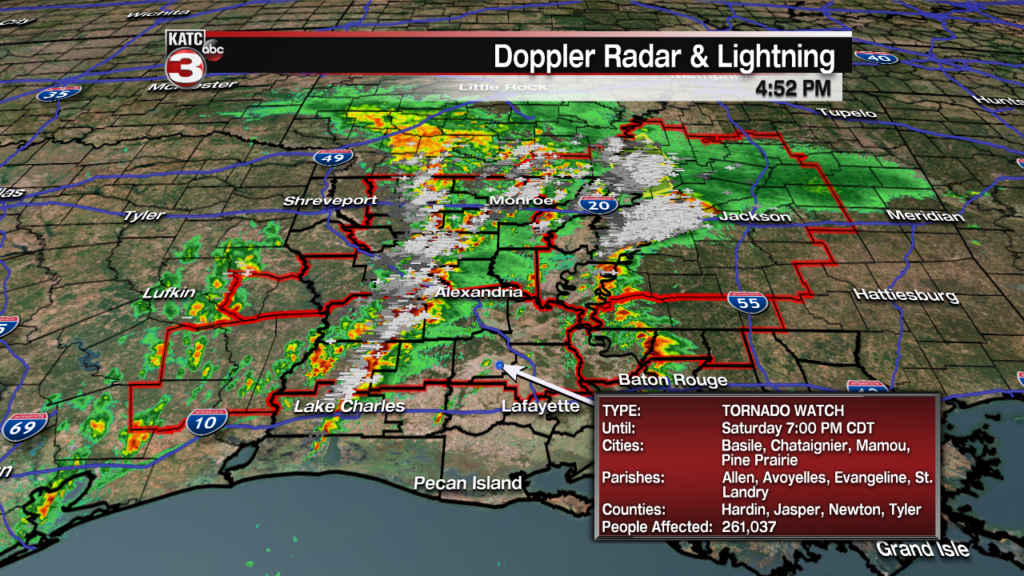 These storms will bear watching and could produce some rotating cells capable of damaging winds and perhaps, an isolated tornado spin-up or two, especially in the northern Acadiana parishes and northward later tonight.

Acadiana remains in an Enhanced Risk (level 3 out of 5) for severe storms while a Tornado Watch remains in effect for Beauregard, Allen, Evangeline and St Landry Parishes through 7:00 pm. 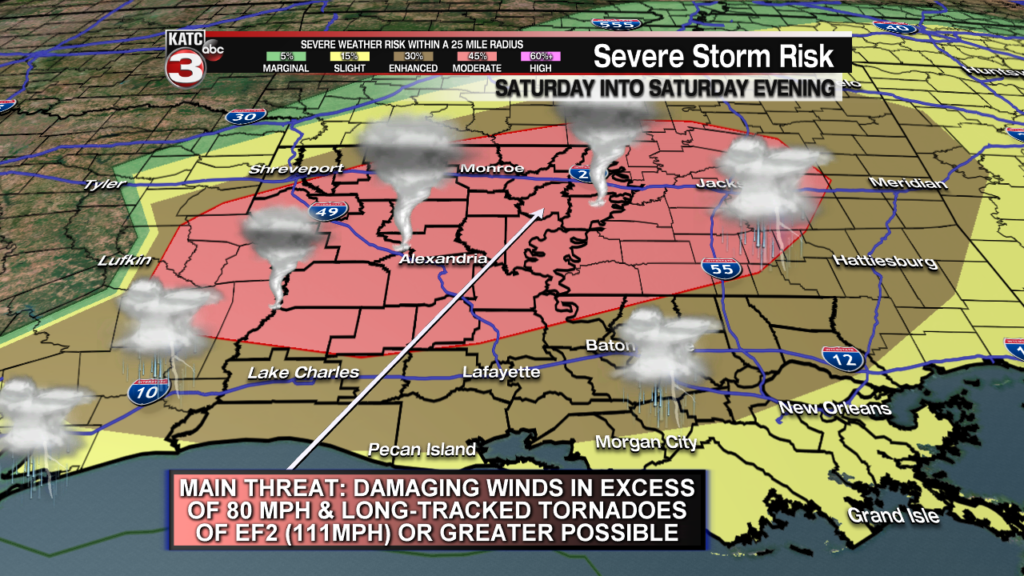 It remains unclear as to whether additional severe weather watches may be issued for other portions of Acadiana for early this evening if activity were to remain scattered in nature.

Meanwhile, away from the storms, southerly winds at 20-30 mph have been gusting as high as 45-48 mph this afternoon causing some sporadic power outages.

Winds will stay strong within a few hours of sunset but should diminish ever so slowly during the overnight hours, but will likely pick up out of the west-northwest tomorrow as cooler, drier air spills into the region.

Most of the severe weather threats will diminish across most of Acadiana by midnight or sooner.

Stay with KATC and katc.com and social media for the latest and a full update on Acadiana’s News Channel at 6pm.