The Department of Corrections says a woman has been arrested after attempting to drop off a large package of contraband at Elayn Hunt Correctional Center.

Officials say that Elayn Hunt Correctional Center officers captured the woman, an alleged drug trafficker, in the act of dropping off a large package of contraband in the prison’s parking lot at 4:15 p.m. on Tuesday.

25-year-old April Matthews of Jackson, LA was arrested after she allegedly fled the scene in her vehicle. Officials say that this isn’t the first time she’s attempted to smuggle contraband into a Louisiana prison. Matthews allegedly tried almost two years ago, while she was a corrections officer at Louisiana State Penitentiary, according to DOC. 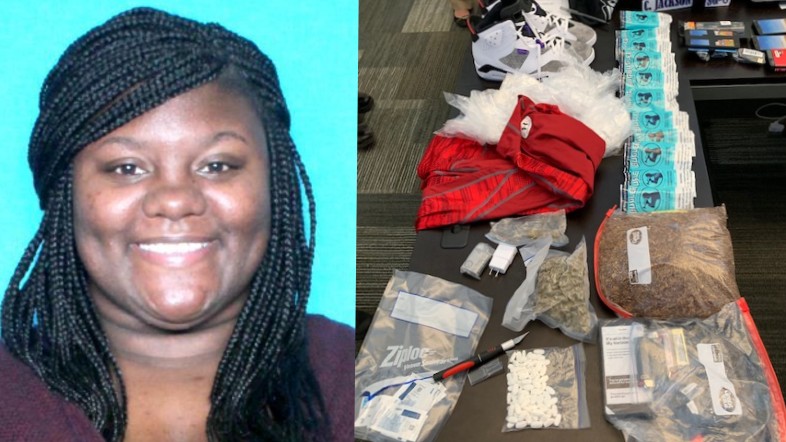 DOC says that during Matthew’s flight from the prison, she allegedly hit two parked vehicles, before ramming a Department of Corrections Unit that had attempted to block her exit.

She then allegedly drove away from the prison at a high rate of speed and proceeded down Highway 74 toward Gonzales before being stopped by Corrections officials, the St. Gabriel Police Department, and the Ascension Parish Sheriff’s Office.