State Police say that one lane I-10 East is now open at mile marker 120 (before Butte La Rose). 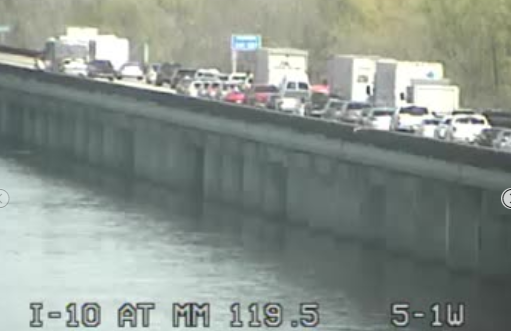 The crash in that area involves an 18-wheeler and two other vehicles.

DOTD reports that congestion at mile marker 121 on I-10 has cleared.

State Police say both lanes of eastbound traffic on I-10 were blocked following a crash at around 3:00 p.m.

Troopers say that the roadway was blocked between Butte La Rose and Whiskey Bay at mile 120.2. That has now cleared

The crash involved an 18-wheeler and two other vehicles. State Police are en route to the incident. It is unknown if there are any injuries.

DOTD reports that there is heavy congestion.