UPDATE: The family of Pernell Boudreaux is planning a vigil Monday at 6 p.m.

The family of a Lafayette man who was killed Saturday morning want answers following his untimely death. 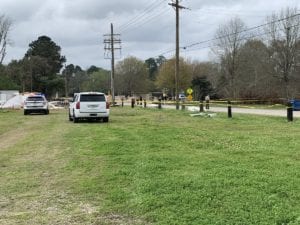 Lafayette Sheriff’s deputies are now working their first homicide of 2019. Deputies say neighbors heard gunshots and that an altercation took place. Those are about the only details being released at this time with a spokesman for the sheriff’s office telling KATC deputies are still in the early stages of the investigation.

Family members say they wish things could have happened differently.

“It’s sad that we had to get a phone call and see my nephew laying there. It’s just sad. People don’t realize that’s somebody’s child,” Lorena Boudreaux said.

“My brother, he was a funny person. He was kind of quiet. He was loving and caring, and he never said ‘no.’ That was my joke buddy and my best friend,” Myia Boudreaux said.

His family says he loved to be outdoors playing with his children, and he enjoyed raising his chickens and roosters.

Claire Hernandez, who lived across the street from Boudreaux all of her life, says he was a good young man.

“Over the years, he has come over because either he is raising chicken and roosters or he has friends raising chickens and roosters. And, they get loose and come over into our yards. So, we have gotten to know him. Some of them, we still have in the back because he couldn’t catch them. So, we’ve befriended him because of that,” Hernandez said.

Boudreaux’s family says they just wish someone would come forward and turn themselves in for his murder.

Anyone with information about this homicide is asked to call the sheriff’s office at (337) 232-9211.