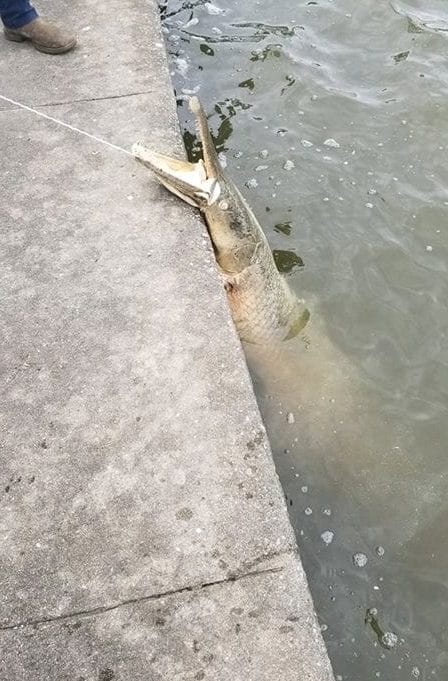 Officials at Lafreniere Park say the gar had been dead for some time before it was removed. Pictures on the parks Facebook page shows the fish being removed from the lagoon. The animal dwarfed the transportation equipment it was placed in.

The park did not say how large the fish was. Alligator gar can reportedly grow as large at 10 feet in length.

Lafreniere Park says the lagoon has very large pipes that connect it to the West Napoleon Canal. They believe the monster gar could have possibly gotten into the lagoon that way.

Comments on the post say they are now reluctant to dangle their feet in the water.

More photos can be viewed below: