Mom finds videos on YouTube Kids that give instructions for suicide

Family groups from across the country are issuing warnings after a Florida mother found videos on  YouTube Kids, teaching children how to kill themselves.

Locally, The Acadiana Family Tree is urging parents to monitor their kids’ viewing habits and to discuss issues like this when they arise.

“Like those things you think oh it’s just YouTube kids or it’s just this video or it’s just that we hav to be more aware. Then understanding if my child has access to this, dont be afraid if they come to talk to you about this. Or if you see them watching it how do you have this conversation. This open conversation about what it means to commit suicide,” Executive Director of The Acadiana Family Tree Marie Collins said.

Read more on the story below from CNN.

But disturbing videos recently found by some moms show the social media site may not be safe for kids at all.
A Florida mother said she has found clips on YouTube and YouTube Kids that gave children instructions on how to kill themselves.

Free Hess said the first time she saw such a video was back in July when another mom alerted her to it after she and her son were watching cartoon videos on YouTube Kids. Spliced in the middle of one of the videos was footage of a man in sunglasses telling children how to slit their wrists.Hess, a pediatrician, put out a call to action to different groups to report the video to get it removed from the site. Hess said it took YouTube Kids a week to pull it down. 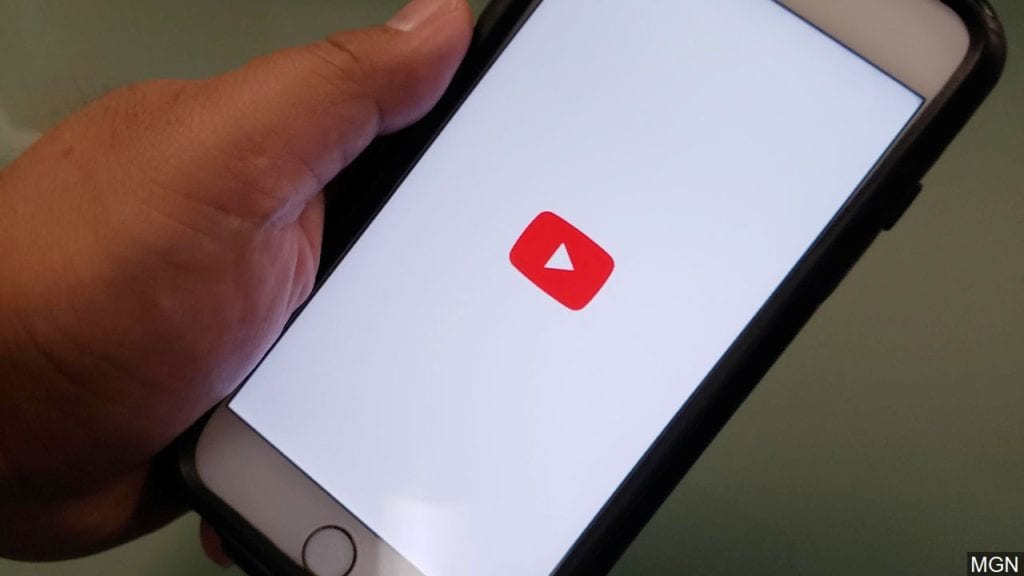 But this month she saw the video again, this time on YouTube. Once again, after the video was flagged by her and others, it took a couple of days for YouTube to pull it, said Hess, who has been writing about the issue on her parenting blog.

“It makes me angry and sad and frustrated,” Hess told CNN. “I’m a pediatrician, and I’m seeing more and more kids coming in with self-harm and suicide attempts. I don’t doubt that social media and things such as this is contributing.”

But that’s not all she said she found. When Hess went to YouTube Kids and started exploring the site, what she saw there shocked her. She said she found videos glorifying not only suicide but sexual exploitation and abuse, human trafficking, gun violence, and domestic violence. One video, inspired by the popular “Minecraft” video game, even depicted a school shooting.

“There were just so many that I had to stop recording,” she said.

Hess wants YouTube to do a better job of screening videos intended for YouTube Kids. She said she understands that Google (which owns YouTube) is a business and “they might not have the exact goals that I have, but I do want them to respond better when people report offensive videos, and I want offensive things taken down immediately when reported.”

In response to Hess’ allegations, YouTube said in a statement that it works to make the videos on YouTube Kids family-friendly and takes feedback seriously.

“We appreciate people drawing problematic content to our attention, and make it possible for anyone to flag a video,” the statement said. “Flagged videos are manually reviewed 24/7 and any videos that don’t belong in the app are removed.

“We’ve also been investing in new controls for parents including the ability to hand pick videos and channels in the app. We are making constant improvements to our systems and recognize there’s more work to do.”

She says parents need to step up

Hess did say that YouTube is faster about pulling questionable videos from YouTube Kids than from regular YouTube. But she thinks by the time someone reports something, it could have already caused harm.

“Once someone reports it, it’s too late because a kid has already seen it,” she said.

Hess also wants parents to be more aware of what their children are watching on YouTube and YouTube Kids, and for parents to do a better job in general of keeping up with technology.

“There is this disconnect between what kids know about technology and what their parents know because the parents didn’t grow up with it,” she said. “The kids are the digital natives and the parents are digital immigrants.”

Most importantly, she says, parents need to team up with each other to combat this problem.

Update: This story has been edited to update wording used to describe some of the inappropriate footage seen in some YouTube Kids videos.