PORT BARRE, La (KATC) — A Port Barre woman was arrested on Tuesday on trespassing and looting charges after she was caught stealing a laptop and other items from a neighbor’s fire-damaged home.

Police say 42-year-old Jessica Marie Lujan, of Port Barre was arrested after a neighbor noticed her walking out of a home that had been evacuated early Tuesday morning after an electrical fire. 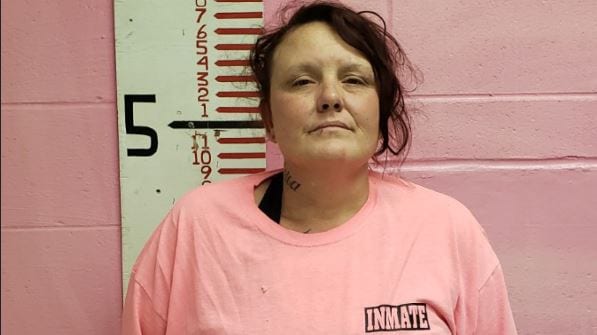 “The world can be cruel at times,” said Port Barre Police Chief Deon Boudreaux. “These people lost everything they had in their house fire. It’s just sad that someone would take advantage of someone’s bad mishap,” Boudreaux said.

The burglarized property belonged to Collin Ardoin of Port Barre. Ardoin was at work early Tuesday around 3:30 a.m. when he received a phone call from his wife Shannon letting him know that there had been a fire in the home.

“She said the house is on fire! There’s flames everywhere!” Ardoin said. “And my first instinct was, ‘are you ok? And where’s Micah? Is he ok?'”

The couple’s friend Micah Woodson was asleep inside the home when the fire broke out. Both people evacuated the home without injury.

The Ardoin family have a 9-year-old son who was staying with another family member at the time of the fire.

Port Barre Police has set up a list of needs that the family has requested on its Facebook page for anyone who would like to donate to the family.

More on the donations can be found here.